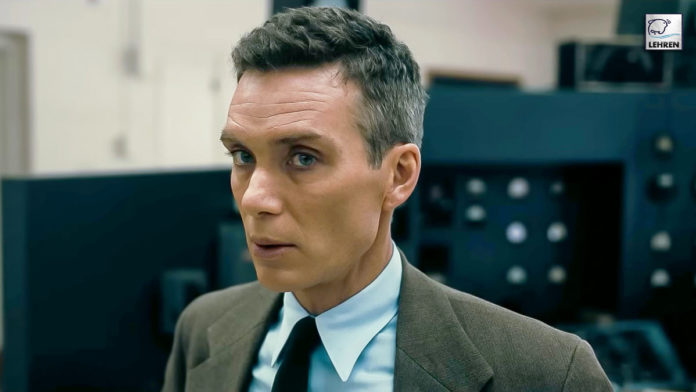 Oppenheimer is scheduled to be released on July 21, 2023, by Universal Pictures.

Christopher Nolan’s Oppenheimer is the highly anticipated biopic that fans are waiting for! Though there’s still time left for the release of the upcoming biopic, a new trailer and a poster for the movie have been revealed. In the latest trailer, Cillian Murphy who is set to play theoretical physicist J. Robert Oppenheimer wondered if the United States could be trusted with an atomic bomb.

The trailer from Universal Pictures opened with swirling flames as the actor as Oppenheimer suddenly opened his eyes. Images of falling raindrops were followed by a panoramic view of a rural home with mountains in the background. ‘We imagine a future and our imaginings horrify us,’ Oppenheimer said in a voice-over.

The trailer then turned to scientists in white lab coats preparing for a nuclear bomb test. ‘They won’t fear it until they understand it. And they won’t understand it until they’ve used it,’ Oppenheimer said while a clip showed him standing next to the bomb. A series of visuals showed Oppenheimer envisioning the inner workings of nuclear fusion and observers taking shelter before an atomic bomb test.

The atomic bomb test was then shown with observers sheltered by a wooden fence from the blast. ‘I don’t know if we can be trusted with such a weapon. But we have no choice,’ Oppenheimer whispered. Meanwhile, the poster showed a tall explosion with Oppenheimer at the bottom of the flames and noted that Oppenheimer was shot non-Imax 65mm and 65mm large-format film.

The film is directed by Christopher Nolan and stars Emily Blunt, Robert Downey Jr, Matt Damon, Rami Malek, Florence Pugh, Josh Hartnett and Sir Kenneth Branagh. The upcoming biopic will follow Physicist J Robert Oppenheimer who works with a team of scientists during the Manhattan Project, leading to the development of the atomic bomb. Oppenheimer is scheduled to be released on July 21, 2023, by Universal Pictures.