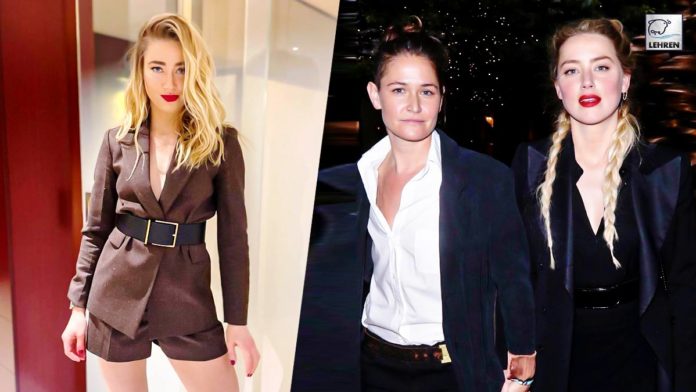 Amber Heard and Bianca Butti are dating since one year and welcomed their daughter Oonagh Paige through surrogate this year in April.

Amber Heard and Bianca Butti have reportedly parted their ways after nearly a year of dating after spending months on different continents. While the pair have yet to officially announce whether they’ve split, a source told the Sunday Mirror that their relationship simply ‘fizzled out’ between them.

The 35-year-old Drive Angry actress has been filming Aquaman 2 in England, meanwhile, her partner, 40, has remained in Los Angeles, where she works as a cinematographer. In addition to fulfilling her obligations as a L’Oréal ambassador throughout Europe, Heard’s life changed significantly after becoming a mom in April. However, the source also pointed out that the Marvel star, who welcomed her baby girl Oonagh Paige (Amber Heard daughter) through surrogate eight months ago, is a ‘very busy woman.’

Meanwhile, Butti has been ‘tied up with various projects in the US.’ “With not being in the same country for months at a time and dealing with a new baby, it leaves very little time for romance,” the source added. Apart from this, Heard will face off with ex-husband Johnny Depp in court next year, once again. Additionally, the former couple’s marriage will be the subject of a new two-part documentary.

Depp, 58, and Heard have been locked in years of legal battles and have both denied each other’s allegations of domestic abuse. Discovery+’s upcoming documentary entitled Johnny vs. Amber reportedly will follow the story from both their perspectives. The documentary is in the works, according to Deadline. Depp’s side of the story will be detailed by the first part of the documentary and then Heard’s side will be fleshed out in the second. Moreover, archival footage will also be added with interviews of people who know both parties, as well as lawyers who have represented them.

Meanwhile, one of the executive producers Nick Hornby, not to be confused with the famous author of High Fidelity, noted that text messages will also be included. “Through the tapes, home videos, and text messages are shown in court, these films give viewers a rare and important insight into a marriage that went tragically wrong, and to better understand the hugely important issue of domestic violence,” he said.