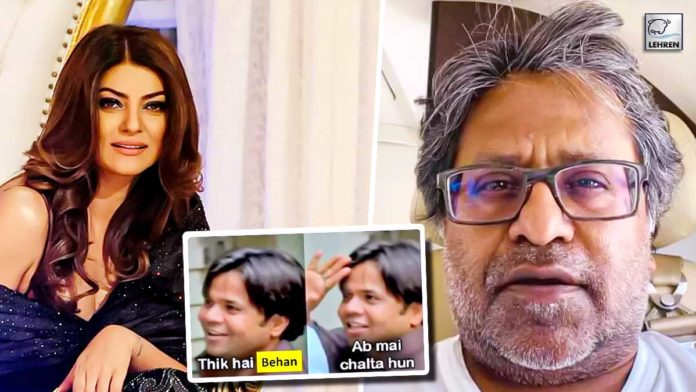 Sushmita Sen and Lalit Modi, who broke the headlines a few weeks ago, are back in news again. In July this year, businessman Lalit Modi took to his social media and announced his relationship with former Miss Universe Sushmita Sen. He even shared some cosy pictures from their secret vacation. Though Sushmita neither shared any pictures nor acknowledged her relationship in public, she did gave a savage reply to people who called her ‘gold-digger’.

It’s been only 6-7 weeks since Lalit announced his relationship. However, it is now rumoured that they both have broken up. Lalit Modi’s Instagram bio has sparked breakup rumours. The former IPL founder had earlier written in his Insta bio, “finally starting a new life with my partner in crime. My love @sushmitasen47.”

However, he has now removed Sushmita’s mention from his bio.

The recent changes in Lalit Modi’s Instagram bio have started a meme fest on Twitter. Check out a few tweets:

On July 14, Lalit announced that he is dating Sushmita Sen. He took to his Twitter and wrote,  “Just back in london after a whirling global tour #maldives # sardinia with the families – not to mention my #betterhalf @sushmitasen47 – a new beginning a new life finally. Over the moon.”