This Is Why Tiger Shroff And Disha Patani Broke Up 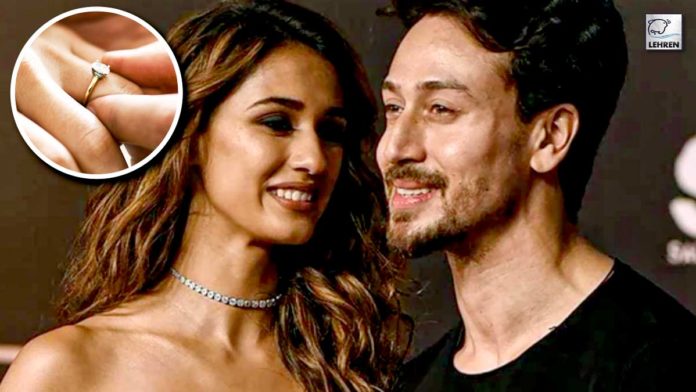 Apparently, Tiger Shroff broke up with actress Disha Patani after the actress asked him to get married to her. Read more to know.

Bollywood’s much-loved couple Disha Patani and Tiger Shroff have apparently parted their ways after 6 years of their relationship. The news left their fans sad and disappointed however as per the latest reports the reason the duo broke up is that Disha Patani asked Tiger about their marriage. Read to know more-

As per an E-Times report actress, Disha Patani and Tiger Shroff broke up since the Ek Villain actress expressed her plans of getting married to Tiger Shroff. A source who remains a close friend of the couple has recently told the portal that the two decided to call off their relationship soon after Disha asked Tiger to marry her.

The source revealed, “She expressed this to Tiger but Tiger brushed it off. Of course, she must have told him more than just once or twice- but every time, Tiger’s response was a ‘No, abhi nahin’. Disha wanted shaadi but Tiger was not ready to commit to a matrimonial relationship for now,”.

Meanwhile, Bollywood’s veteran actor and Tiger’s father Jackie Shroff has opened up about the matter in an interview with Bombay Times and said, “They have always been friends and are still friends. I have seen them go out together. Not that I keep track of my son’s love life. That’s the last thing I want to do, like infringe into their privacy. But I feel that they are thick buddies. They spend time with each other besides work.”

He further added, “See, it is up to them whether they are together or not, whether they are compatible or not. It is their love story, like me and my wife (Ayesha) have our love story. We share a good equation with Disha. And like I said, they are happy together like they meet, talk, etc.”

A source told Hindustan Times, “Tiger and Disha are no longer together. It is unclear what happened between them, but both of them are single right now.” A close friend of Heropanti actor Tiger Shroff has confirmed the news to Hindustan Times and said, “We all got to know about it only in the last few weeks. He hasn’t really spoken about it with any of us. He is focused on his work with his trips to London and is doing fine, not affected much by the breakup.”

ALSO READ: Jackie Shroff Opens Up On Disha & Tiger’s Breakup, Says, ‘It Is Up To Them’