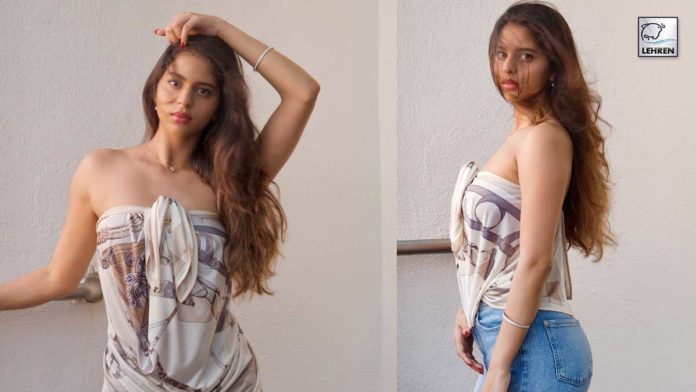 Suhana Khan took to her social media handle to share a cryptic post on misogyny and hate amid the on-going drug nexus in Bollywood. Read below to know more.

The Bollywood industry is currently under the radar of the Narcotics Control Bureau (NCB). The drug control agency is probing the film fraternity for an alleged drug nexus angle. The NCB officials already have Sushant Singh Rajput’s girlfriend Rhea Chakraborty, her brother Showik and a few others in their custody. NCB soon will probe Deepika Padukone, Sara Ali Khan, and Rakul Preet Singh. Amid the on-going drug nexus, Suhana Khan took to her Instagram handle to share a cryptic post on misogynistic and hateful behaviour towards women.

Suhana Khan who is currently cooped up with her parents- Shah Rukh Khan and Gauri Khan. She shared the post already shared by a social media user. Alongside the cryptic post, Suhana Khan wrote ‘the double standards are scary’.

The post reads, “Misogyny is not only conscious hate towards women, it’s also subconscious conditioned hateful behavior towards women. You don’t have to consciously think you hate women but ask yourself why when a woman does something you feel more triggered than if it was done by a man.”

The star kid enjoys a massive fan following on Instagram. She often posts selfies and a few adorable pictures with her friends and family.

That’s the reason why her cryptic post garnered a lot of attention. Especially during the time when Bollywood is under the watchful eyes of NCB.

Apart from the Bollywood star, a few television stars will undergo interrogation by the Narcotics Control Bureau.

The NCB was approached by the ED. It is when they suspected the drug conspiracy angle involved in the Sushant Singh Rajput case.

Gauahar Khan Talks About Her 19 Years Journey In Entertainment Industry

Rohit Saraf Hikes It Up With His Performance In Star Host