Lockwood & Co. Trailer Out: Trio Of Teenage Ghost Hunters On A Mission To Unearth Deadly Secrets 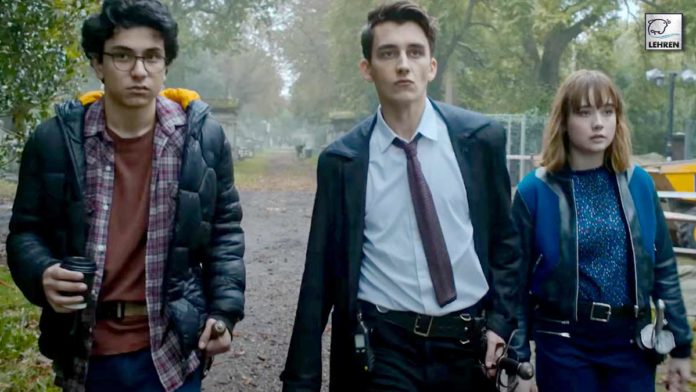 Based on Jonathan Stroud's book series of the same name, the eight episode series will begin streaming on Netflix from January 27.

Just two weeks before its premiere, Netflix has released a new trailer of their upcoming British horror comedy series ‘Lockwood & Co’. The two minute 20 seconds trailer introduces us to a trio of teenage ghost hunters- Anthony Lockwood (Cameron Chapman), Lucy (Ruby Stokes) and George (Ali Hadji- Heshmati), who are on a mission to unearth some deadly secrets.

The trailer opens with Lucy (Ruby Stokes) getting an invitation to join ‘The prestigious psychical investigations agency’. The trio is soon introduced to each other and they immediately begin their journey of finding ghosts.

The trailer leaves a good impact with a perfect blend of horror and comedy genre without revealing too many details about the show’s plot.

The trailer also gives us a hint about this new fantasy world in which this series is set. It seems ghosts and ghost hunting is a common thing in this world. And therefore somehow this trio has to make their name in the plethora of ghost hunting agencies without any adult supervision.

In their mission to find one big case, the trio ends up biting off more than they could chew and soon this simple task of ghost hunting turns into a game of life and death for our trio.

Based on Jonathan Stroud’s book series of the same name, the eight episode series will begin streaming on Netflix from January 27.