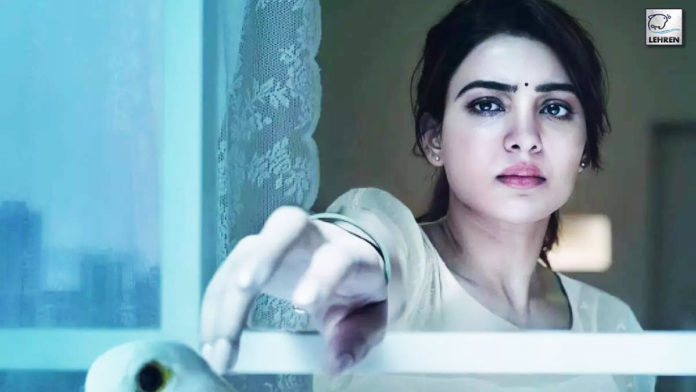 As per the latest trade reports, it is now believed that Samantha Ruth Prabhu starrer Yashoda has surpassed Uunchai at the box office.

Yashoda Box Office Collection: Hari–Harish’s directorial Yashoda starring Samantha Ruth Prabhu is now out in the theatres. The film was released on 11th November alongside Amitabh Bachchan starrer Uunchai. Yashoda is a science fiction action thriller film that stars South actress Samantha in the lead role. Meanwhile, as per the latest trade reports, it is now believed that Samantha Ruth Prabhu’s film has surpassed Amitabh Bachchan starrer Uunchai at the box office. Here’s how much Yashoda earned on its opening day at the box office-

Meanwhile, as per the latest trade reports, it is now believed that Samantha Ruth Prabhu’s film has now left behind Amitabh Bachchan starrer Uunchai at the box office. While Uunchai earned in the range of 1.50cr-2 cr at the box office, Yashoda on the other hand earned approx. 3.20cr in India. The film is expected to grow more during the weekend.

Sharing the box office update, trade analyst Ramesh Bala tweeted,  “@Samanthaprabhu2 is one rare actress who is considered as “one of their own” equally both in Tamil and Telugu.. No wonder, #Yashoda has opened well in Tamil Nadu and Telugu states as well both in USA and Malaysia,”