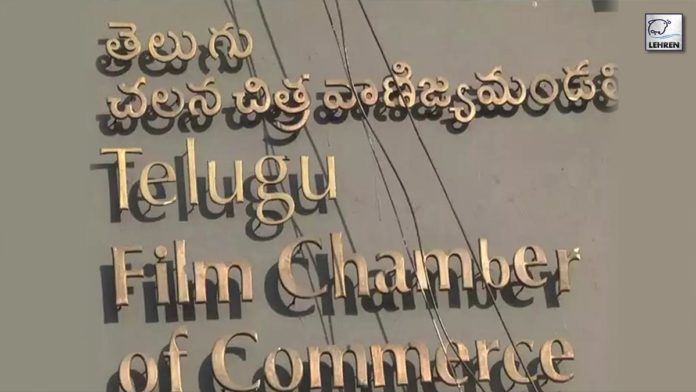 A meeting was held by the Telugu Film Chamber of Commerce to discuss ongoing issues in the film industry. During the meeting Representatives of the Telugu Film Chamber of Commerce (TFCC) shed some light on the problems such as ticket prices, OTT release, and other issues and hurdles in Tollywood. They also brought solutions to these concerns by imposing new rules and regulations.

The discussion that took place highlighted the hike in ticket fares, OTT release of movies, and other issues surrounding the Telugu film industry. According to reports, disclosing details before media people, TFCC secretary Mutyala Prasad said that discussions were held on various issues like OTT releases, ticket price issues, virtual print fee (VPF) charges, working conditions, fighter’s federation issues, and production cost. Resolutions were passed on movie releases on OTT platforms and other issues; he said and added that the same will be forwarded to the producers’ council in Hyderabad.

After a long meeting, the delegates and officials present came to a solution that all medium and big-budget films should be released on OTT after 10 weeks of their theatrical release while all small-budget films can be made available on the digital platform right after completing four weeks in theaters. Resolutions were passed on movie releases on OTT platforms and other issues, he said, and added that the same will be forwarded to the producers council in Hyderabad.

TFCC secretary Mutyala Prasad said: “We have suggested to the producers council to allow the big-budget films on OTT platforms eight weeks after the release in theatres, while low-budget films after four weeks.”

Exhibitors’ sector chairman TS Ram Prasad said “Canteen prices in multiplexes are increasing the cost for moviegoers. Single screens do not have this burden. In this regard, steps should be taken for reviving the single-screen theatres on which thousands of families are dependent for their survival. We don’t have any objection to screen movies with the ticket price fixed by the State government.”

He also said that even big-budget films like RRR, Pushpa- The Rise, and Acharya couldn’t attract the audience in the long run due to release on OTT platforms.