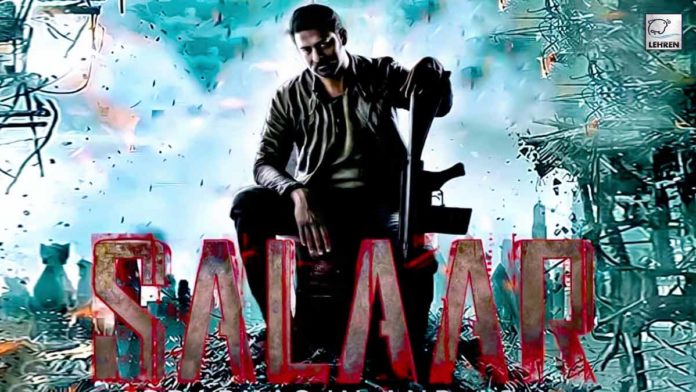 After delivering back-to-back films that tanked at the box office recently, South star Prabahs is now gearing up for his upcoming release, ‘Salaar’, starring Shruti Haasan. The making of the film had been making quite some buzz, for more than one reason. Firstly, the film is being directed by KGF 2 fame director Prashant Neel, secondly, this marks another collaboration of Prabhas with a Bollywood actress, and finally, with the success and craze of KGF 2, fans are in high hopes for Neel’s next project.

The film also made headlines for being a continuation of Neel’s last release, KGF 2, which turned out to be a massive success. Director Neel made it a point to rectify it and stated how the film is not a continuation of KGF 2 and that KGF will see its own sequel if it has one at all. Many even alleged Salaar to be a remake of director Neel’s debut Kannada movie. ‘Ugramm’.

“All of the films that I make will have some shades of Ugramm. That’s my style! But Salaar is a fresh story. It’s not a remake or adaptation of Ugramm” clarified Neel. The director further assured that the film is based on a fresh script and has nothing to do with his old franchises.

It was further alleged that actor Prabhas was asked to specifically put down some kilos by director Neel, to fit into his role. The producer of the movie shared, “We have set the bar very high for Salaar. On one hand, we have Prabhas, who is the hero of India’s number one movie (Bahubali 2) and on the other hand, we have Prashanth Neel and Hombale, who made the second-biggest film of India (KGF 2). This is a deadly combination and it’s going to be a big challenge. The combination has created the buzz and now, since we have set the bar so high, we will try our best to reach the target. We will achieve something big with Salaar.”