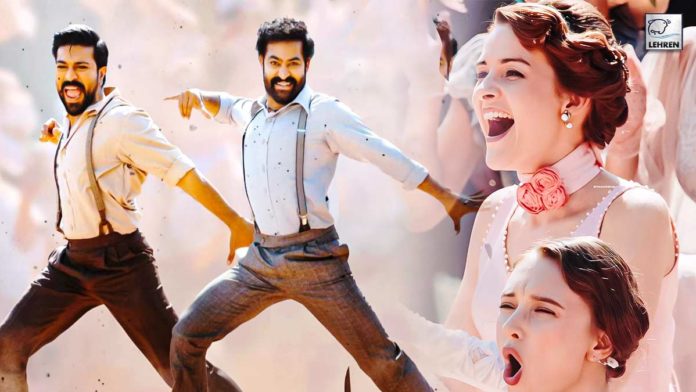 The actress took to Instagram and shared a picture from the set, and wrote, “Me right now. The Naatu Naatu sequence was by far my favourite thing to work on in RRR and it was only made possible by the incredible @ssrajamouli and #mmkeeravaani. To see Naatu Naatu being nominated for best original song at the Oscar’s and winning at the Golden Globes is such a huge and wonderful thing. So grateful to have been a part of this epic film”.

RRR has become a worldwide phenomenon shattering records at the box office as the movie, starring NTR Junior, Ram Charan, Ajay Devgn, and Alia Bhatt, continues to enthral global audiences in Indian subcontinent as well as USA and European countries.

Meanwhile, ‘Naatu Naatu’ had won the Best Song at Golden Globes 2023, earlier this month. The song has been composed by M.M Keeravaani and Chandrabose has written the lyrics for the song. Whereas Rahul Sipligunj and Kaala Bhairava have provided the vocals.

Although AR Rahman had scored two wins at the Oscars for his work on the Hollywood production Slumdog Millionaire, set in India, this is the first Indian production to bag a nomination in this category.

Also read: It’s Jacqueline Fernandez vs RRR At The Oscars!