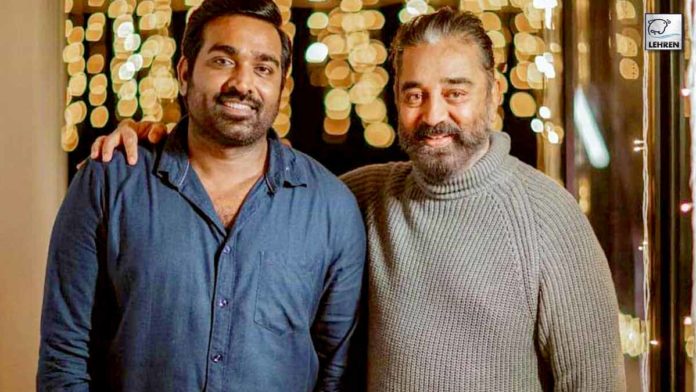 Looks like Kamal Haasan is on a signing spree. After basking in the success glory of Vikram, Haasan has announced his collaboration with maverick director Mani Ratnam. Now he will reunite with Vijay Sethupathi for his upcoming movie which will be directed by H Vinoth. This comes as a double treat for Tamil cinema fans.

Kamal Haasan will join hands with Thunivu director H Vinoth. In addition to that Vijay Sethupathi will play a lead role in the upcoming movie. This is counted as Kamal Haasan’s 233rd project and the 234th is a big collaboration with Mani Ratnam after 35 years.

The upcoming film will go on floors next year soon and is expected to release in 2024. Director H Vinoth will kick start working on this project after the release of Ajith Kumar starrer Thunivu. The movie will see Kamal Haasan and Vijay Sethupathi returning to the big screens again after featuring together in Vikram.

An official confirmation from the makers and actors is expected to be out soon. Meanwhile, fans are already excited about the major collaborations in Tamil cinema. Ulaga Nayagan is set to team up with two great directors namely Mani Ratnam and H Vinoth.

On the work front, Kamal Haasan is currently shooting for Indian 2 a sequel to his 1996 hit film Indian. Indian 2 is S Shankar directorial also starring Kajal Aggarwal, Rakul Preet Singh, Bobby Simha, and Priya Bhavani Shankar in the lead roles. In the pipeline, the megastar has Mani Ratnam’s next and H Vinoth’s untitled movies.

Everything To Know About Scarlett Johansson’s First Major TV Role