Suriya 42 Motion Poster Out: To Star Disha Patani In The ‘Pan-World’ Film 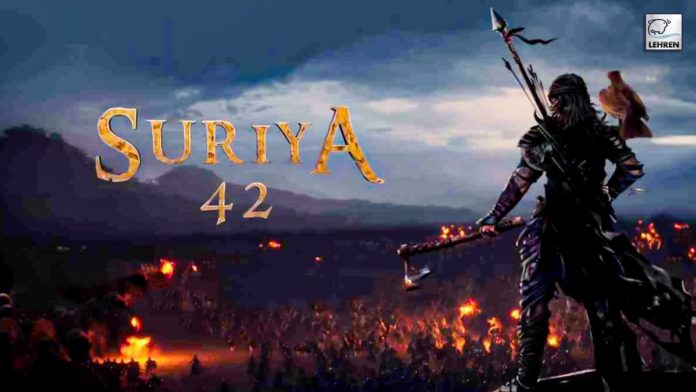 Suriya 42: On Friday, the South superstar and Jai Bhim actor Suriya unveiled the motion poster of his much-anticipated film, Suriya 42. The periodical fantasy drama will be starring the South superstar with the Ek Villain Returns actress Disha Patani. Take a look-

South superstar Suriya recently unveiled the motion poster of his upcoming film, Suriya 42. The much-anticipated film of the actor will be released in about 10 languages and will not only be pan-Indian but will be a pan-world film. The film will be a periodical fantasy drama.

Sharing the motion poster, Jai Bhim actor and South superstar Suriya wrote, “We seek all your good wishes as we begin our adventure (sic).” In the post, an eagle flies over a battlefield and lands on Suriya’s hand. Reacting to one of the posts of the actor fans wished the South superstar, a user wrote, “The success of #Suriya42 is going to be more bigger than expected!” another user commented, “All hopes on you anna, all the best for #suriya42”. On casting Disha Patani in the film a fan wrote, “Casting Disha Patani from Bollywood shows this film has pan-India intentions. Good Suriya!”

Meanwhile, as for the lead actress in the film, the Ek Villain Returns actress Disha Patani is now reported to star in the film. While the film will also mark Suriya’s first-ever collaboration with South filmmaker and director Siva. Meanwhile, the rest of the cast of the film has been kept under wraps for now.

South superstar Suriya will soon be making his Bollywood debut as a producer with the Hindi remake of his film Soorarai Pottruw which will star Akshay Kumar with Radhika Madan in the lead role. While it is expected that the actor will also make his cameo in the film.