Santanu Hazarika On His Marriage Plans With Actress Shruti Haasan 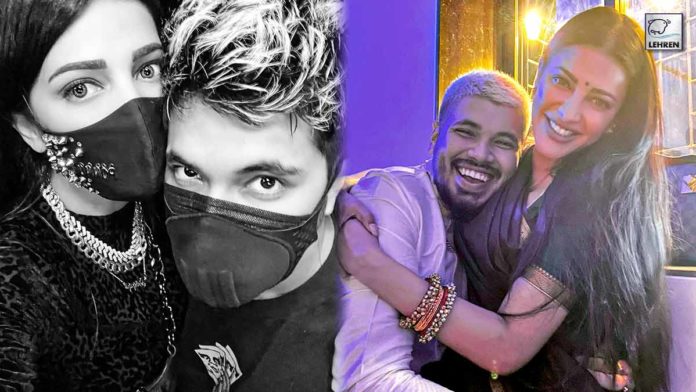 Santanu Hazarikaopens up about marriage plans with Shruti Haasan, and says, "As an artist, any sort of social construct, for me, is difficult to understand."

Santanu Hazarika Opens Up About Marriage Plans With Shruti Haasan

Shruti Haasan and Santanu Hazarika have often been questioned about their relationship and marriage plans, while recently in an interview with TOI, Santanu spilled the beans about his marriage plans with the Salaar actress. He said, “As an artist, any sort of social construct, for me, is difficult to understand. I’ve always lived free and expressed
myself freely. It is amazing to have a partner who understands that. Shruti and I are too artistically driven to be paying attention to getting married. Our relationship is based on art.”

Earlier in an interview with Hindustan Times, Santanu said, “We are already married creatively. Our bond is strong. We like to do creative things together. That is very important for us,”.

Meanwhile earlier this year, actress Shruti Haasan revealed that she was the first to say ‘I love you’ to her boyfriend Santanu Hazarika. Taking to Instagram on Sunday, Shruti shared a video of them participating in a couples challenge. In the first question on ‘who was interested first’, Shruti Haasan pointed towards Santanu Hazarika. While the second question said ‘who said I love you first’, to this Shruti smiled and pointed at herself.

Who is Santanu Hazarika?

Santanu Hazarika is a doodle artist and an illustrator. He is also the co-founder of GAP – Gauhati Art Project. The Gauhati Art Project is an urban arts initiative, which aims at building an art community in Northeast India. Actress Shruti Haasan started dating Santanu in 2019, and they both moved in together during the lockdown.