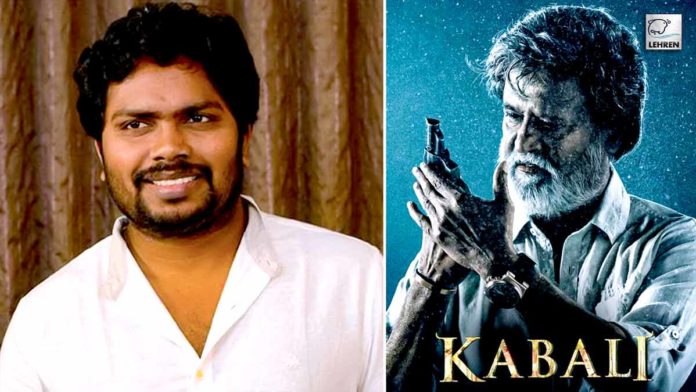 Director Pa Ranjith revealed that he was depressed after Kabali received negative reviews.

Tamil filmmaker Pa Ranjith directed Kabali starring megastar Rajinikanth. The gangster drama was made with high expectations and it was anticipated to be a massive hit. However, the film went average receiving negative reviews. It didn’t go as planned and didn’t fulfill makers expectations. Director Pa Ranjith revealed that he was depressed after Kabali received negative reviews.

The film was hyped creating a massive buzz before its release. But post the release Rajinikanth starrer got negative reviews from the audience and critics. Recently at the audio launch of his upcoming film, Natchathiram Nagargiradhu Ranjith said he was depressed and thanked Gnanavel sir for giving him Attakathi.

Ranjith said, “This one word ‘Jaybheem’ has brought me here. The journey that started at Attakum has come till the star moves. I didn’t nurture anyone. I just used them. They were talented. It was a pleasure to work with them. I learned from Venkat Prabhu sir. Chennai 28 Films shaped my life. It taught me that we can take what we set our mind to. Sasi sir called me and sat down when I was an assistant. I was surprised. I will never forget him. That’s the reason I treat my assistants well. I can go on and on.”

He added, “Vetrimaran sir proved that a film can be made without any compromise. I wished that these three people were present at this ceremony. Next, two producers are very important in my life, one is Kalaipuli Thanu sir and Gnanavel sir. The freedom he gave when he did Kabali to Kalaipuli sir was great. He agreed for me that he didn’t like climax. Even though the film was said to be a hit after its release, no one in the industry agreed. So I was depressed, but he was the one who called me and showed me the collection of the film and encouraged me a lot. I would not be here today if Gnanavel sir had not released Attakathi. I wish they were all here. That’s why I wanted all the people who should not be forgotten in my lifetime to be like this.”

On the work front, Pa Ranjith is set to make his Bollywood debut with Birsa. It is a period drama film based on the life of tribal leader Birsa Munda. The film is expected to go on floors by end of 2022. The star cast of the film is under wraps but it will be bankrolled by Shareen Mantri and Kishor Arora under the banner of Namah Pictures.