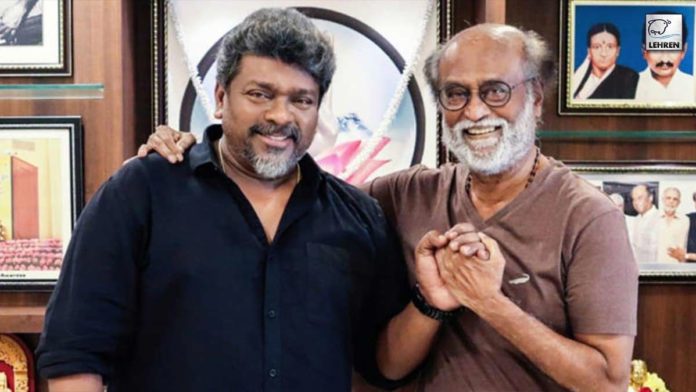 Iravin Nizhal helmed by Parthiban is claimed to be the world’s first non-linear, single-shot film. It is the first Asian film without an editor as the actor-director shot the film in one go. The mystery film has been critically acclaimed receiving appreciation from cinephiles and celebrities. Superstar Rajinikanth congratulated Parthiban for his great work.

Rajinikanth didn’t just share his words but penned them in a handwritten letter. The Tamil superstar sent a letter to Parthibhan appreciating his fabulous work. The Darbaar actor praised A. R. Rahman too and also sent a letter to cinematographer Arthur Wilson.

Rajinikanth congratulated Parthiban in a letter written in Tamil. The letter read: “To Parthiban, who has, through his great effort, shot his ‘Iravin Nizhal’ in a single shot and won the praises of everybody and created a world record… To his entire team, and to respected A. R. Rahman…. And more importantly, to cinematographer Arthur Wilson, who shot the film, I express my whole-hearted wishes and congratulations.”

Prathiban shared his experience uploading a video on social media after meeting Rajinikanth. He said: “In Iravin Nizhal, Rajini sir liked the temple shots, the Telugu speaking sequences and the making video. He also said that AR Rahman is an asset for Iravin Nizhal. When I told him that I wanted to do a comedy film next, he recalled my collaboration with Vadivel and how it worked well. I took a photo with him and his love is a huge award for me.”

Apart from Rajinikanth, several industry professionals showered their praise for Iravin Nizhal. National Award-winning director Seenu Ramasamy hailed the film a few days ago. He said: “It (‘Iravin Nizhal’) is the first Asian Tamil film without an editor. It is the first non-linear single-shot film in which actor Parthiban himself acts and also directs others. ‘Iravin Nizhal’ is historical pride and a light house to Tamil cinema.”

Parthiban created a world record by making a film in a single shot. ‘Iravin Nizhal’ which means ‘Shadow of the Night’, has music by Oscar winner A. R. Rahman, while Arthur A. Wilson contributed to the film as a cinematographer. The Tamil language independent thriller film is produced, written, co-edited, and directed by R. Parthiban. Along with Radhakrishnan Parthiban, Iravin Nizhal stars Varalaxmi Sarathkumar, Robo Shankar, Priyanka Ruth, and Brigida Saga in pivotal roles. The movie released on 15th July is produced by Akira Productions and Bioscope Film Framers.