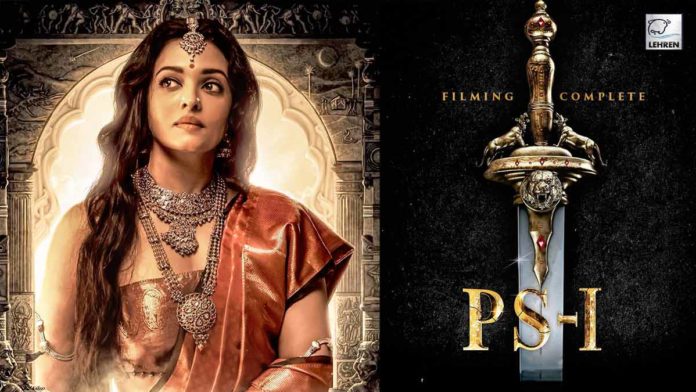 Ponniyin Selvan: Bollywood actress Aishwarya Rai is all ready to get back to the screens after a span of almost 7 years with the much-anticipated Mani Ratnam’s film Ponniyin Selvan. Meanwhile, recently the makers of the film have unveiled the much regal look of Aishwarya as ‘Nandini’ from the film. Take a look.

Bollywood actress Aishwarya Rai has been grabbing headlines for her upcoming Tamil film Ponniyin Selvan. On Wednesday, the makers of the film unveiled the much-awaited look of the Bollywood actress from the upcoming Mani Ratnam’s film Ponniyin Selvan part one. Sharing the look on social media the makers wrote, “Vengeance has a beautiful face! Meet Nandini, the Queen of Pazhuvoor!#PS1 releasing in theatres on 30th September in Tamil, Hindi, Telugu, Malayalam, and Kannada.” Apart from Nandini, Aishwarya will also be seen as Mandakini Devi in the film.

Apart from Aishwarya the makers also unveiled the looks of other actors like Karthi as Chola commander Vanthiyathevan. Sharing the look they wrote, “he Prince without a kingdom, the spy, the swashbuckling adventurer…here comes Vanthiyathevan!”. The makers also shared the look of Vikram as Prince Aditya Karikalan.

Earlier the makers of the film dropped a much intriguing motion picture on their official Twitter account as they announced the release date of the film which is set for September 30. Sharing the motion picture they wrote, “Look out! Brace yourself. Get ready for an adventure filled week! The Cholas are coming!”.

Along with Aishwarya Rai, the film features an ensemble star cast including Aishwarya Rai Bachchan, Vikram, Jayam Ravi, Karthi, Trisha, Aishwarya Lekshmi, and Sarath Kumar. Meanwhile, the Bollywood actress will be seen playing the lead in Mani Ratnam’s film. Produced under the banner of Madras Talkies and Lyca Productions, the film is slated for a theatrical release on September 30 this year.