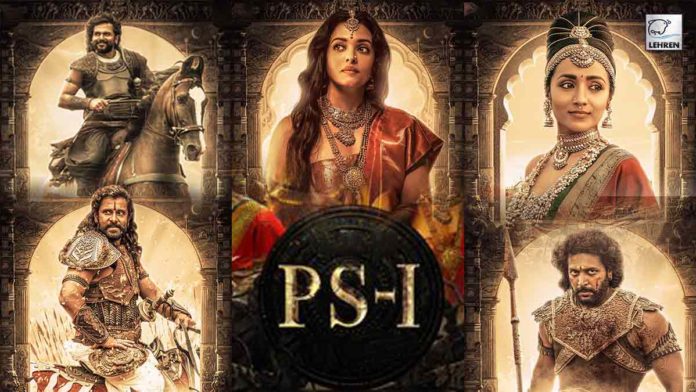 Mani Ratnam's magnum opus Ponniyin Selvan crosses the 300cr mark with its worldwide collection in 5 days, here's how much the film earned so far-

Mani Ratnam’s magnum opus Pooniyin Selvan has been showing record-shattering performance at the box office. The multi-starrer film opened up to great numbers at the box office on its opening day.  On Day 1, PS 1 earned Rs 78 crore globally. On the second day, the film crossed Rs 150 crore earning worldwide. On the first weekend, PS 1 reached a collection of Rs 230 crore.

The film later grossed a total of 20crores on Monday, while as per the latest trade reports it is now believed that the film has now crossed the 300crore mark globally. As per the reports, the film has grossed 100cr in Tamil Nadu alone. Trade analyst Ramesh Bala recently tweeted, “#PS1 becomes the 5th movie in 2022 to join the ₹ 100 Cr Gross Club in TN.. #Vikram, #Valimai, #Beast and #KGFChapter2 are the other four..”