Kamal Haasan Admitted To Hospital, Actor To Be Discharged Soon 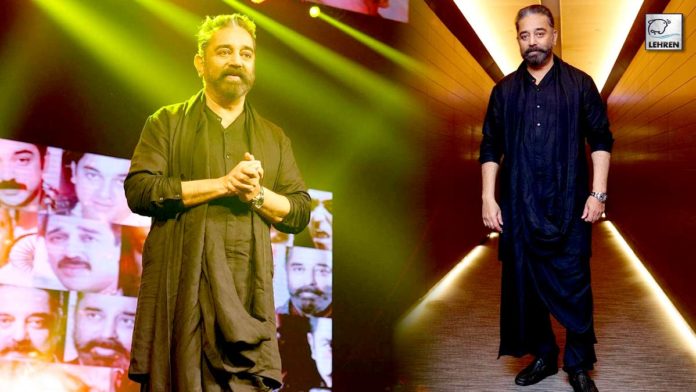 South superstar Kamal Haasan was recently taken to a hospital in Porur, Chennai after the actor complained of uneasiness and fever.

Vikram actor Kamal Haasan was recently taken to the Sri Ramachandra Medical Centre (SMRC) hospital in Porur, Chennai after the actor complained of uneasiness and fever. As per the reports, Kamal Haasan was taken to the hospital on Wednesday for regular checkups soon after which he developed a fever and got admitted.

As per the latest reports, Kamal Haasan has been advised by the doctors to take rest for a few days. The actor has reportedly been discharged already. On November 23, the South superstar complained of uneasiness after developing a fever. Following the same Kamal was then taken to the hospital where the doctors kept him under check and advised him to take rest for a few days. Haasan was discharged from the hospital on Thursday.

The actor recently visited Hyderabad to visit veteran filmmaker K. Viswanath at his residence, sharing the moment the actor shared a post on his Instagram and wrote, “Met the master #k.viswanath sir at his home.Lots of nostalgia and respect!!”.

On the work front, Kamal Haasan is currently hosting the sixth season of Bigg Boss Tamil. He earlier appeared in his film Vikram and is now working on S. Shankar’s directorial “Indian 2”. After Indian 2 Kamal Haasan will reportedly collaborate with filmmaker Mani Ratnam’s film KH 234.

Talking about his upcoming project Haasan said in a media statement, “I was equally excited 35 years before when I was about to start work with Mr. Mani Ratnam. Collaborating with a similar mindset is stimulating. This stimulation includes Mr. Rahman as well. Eagerly looking forward to present this venture with Mr. Udhayanidhi Stalin.”