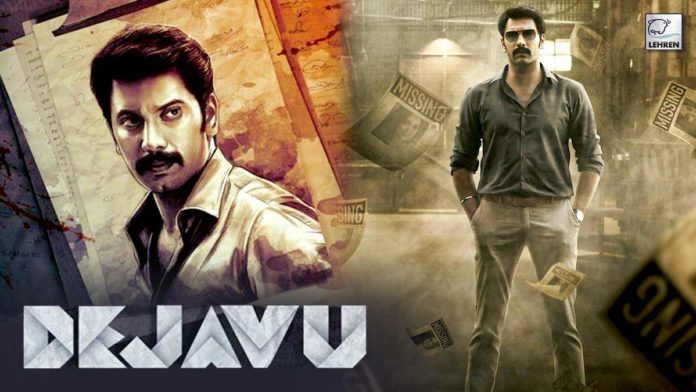 Debut director and writer Arvindh Srinivasan’s Tamil film Deja vu hit the theatres on 22nd July 2022. Arulnithi starring in the lead role plays an undercover officer who handles the missing case and unfolds the mystery behind the crime. The movie checks all the boxes that one usually associates with a watchable thriller.

The film is based on investigations that begin with a novelist’s writings coming to life. Popular yesteryear actress Madhoo is seen in a major role in this story and goes through an interesting transformation phase that most can’t see coming.

Deja vu produced by K Vijay Pandey and co-produced by PG Muthaiah looks like a promising thriller but with mixed reviews. The cast of deja vu includes Madhoo, Kaali Venkat, Arulnithi, and Achyuth Kumar. The story revolves around discoveries and conspiracies. All technical aspects of the film function in a smooth manner and the flow of narration don’t get interrupted.

The actors do justice to their roles. Arulnithi played his role nicely but left the audience craving for a bit more flavour in his acting. The movie keeps the audience hooked throughout but ends up being bland. As far as a thriller goes, Deja vu manages to impress but it could have been a mind-blowing film. Arulnithi celebrated his 35th birthday on 21st july prior to his movie release.