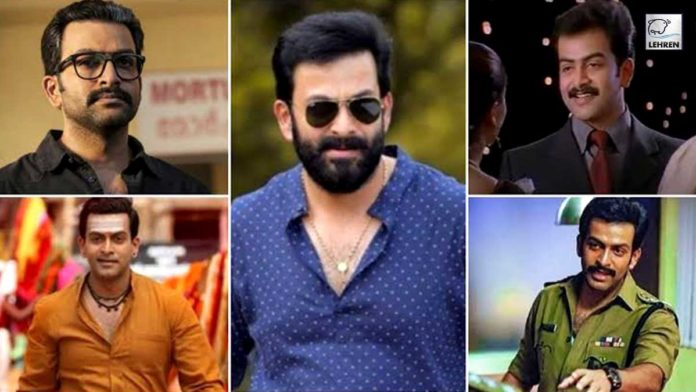 Prithviraj Sukumaran is a well-known face of the South industry. Take a look at the actor-filmmaker's latest movies

Prithviraj Sukumar is undoubtedly one of the best Malayalam actors of all time, getting only better with time. The 38-year-old actor has many feathers in his hat, including being a part of many Malayalam, Tamil, Telegu and Hindi films. A claimed movie critic had once, very well, described Prithviraj is a hero and a future superstar for the audience since his debut.” Sukumar has many movies in the pipeline for this year, here’s a list for you if you’re a fan of the star from the south!

Prithviraj is all set to essay the character of Kaduvakkunnel Kuruvachan in his Upcoming mass entertainer movie. The movie is said to be directed by well known director Shaji Kailas with the script penned down by the writer Jinu V Abraham. The film is all set to hit theatres in June this year.

With its release just a few days back, the movie has been receiving some good reviews from fans and critics, with fans appreciating Prithvi’s acting skills in the movie. The actor has shared screen with award-winning actor Suraj Venjaramoodu. The film revolves around the lives of a cop and a criminal, who have a completely different notion for the criminal system in India.

The movie is based on the novel with the same title, authored by Benyamin. The shoot of the film, although, got disrupted because of the onset of the pandemic. But the shooting is set to be resumed from last month again, with iconic composer AR Rahman composing for the film.

Talented director Alphonse Puthren has said to be collaborated with Sukumar for this one, along with lady superstar Nayanthara playing the lead female in the movie. The teaser of the movie was dropped just a few days back and has been getting good response from the fans.

Directed by Rathish am at, the movie will see the pair of Prithviraj Sukumaran with Indrajit Sukumaran with actress Isha Talwar also being a part of the film. The script is penned by Murali Gopy. Fans can expect the release of the film anytime this year, in November.

Talking about his career, Sukunar said, “Yes, it is the best phase of my career, not for the fact that I have grown in stature as an actor, or my remuneration of a film. The fact that I’m in a space where I have enough clout within the industry to pick a script of my choosing. I have the resources to make sure that the film retains its essence from conception to execution. I’m in a position where I can facilitate projects and enjoy it. It is this phase that I want to be in forever. As long as I’m in the movies and continue doing what I’m doing right now, I will be happy.”