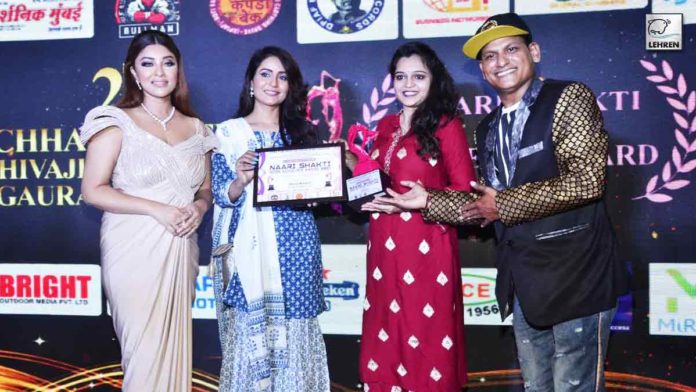 Shreya Kulkarni has been awarded for her bright career in the Marathi film industry.

Actress Shreya Kulkarni has received multiple awards for her film career. Out of them, one is Naari Shakti Award which was held at Orchid Hotel, Andheri on 6th Aug.

Shreya has achieved this because of her outstanding performance in the Hindi and Marathi film industries. Shreya is reaching higher than ever before. She is the only female actress who has achieved this at this young age without any background support. Yes, Shreya Kulkarni does not have any film industry family background. Shreya has achieved this on her own. At just this young her movies and daily soaps are out. She is also now seen in various TV commercials. Sony Marathi has signed her for the daily soap “Criminals”. Indeed, being an excellent actress Shreya is an amazing personality with a hilarious and charming nature.

Shreya has been awarded for her bright career in the Marathi film industry as her “Dimple yetay gaalvari” song has reached 40 million hearts so far. She also won Women cinema and Art International Film Award also for the same.