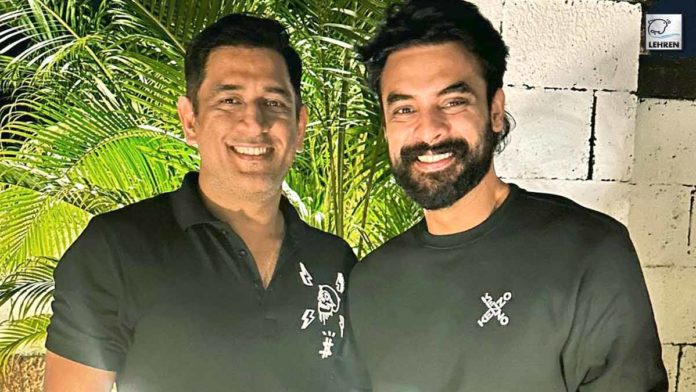 Tovino Thomas had a great conversation with a former Indian captain at a recent event in Kerala.

The actor was super impressed with the ace cricketer’s ‘cool and composed persona’ and shared a photo with a heartfelt post about captain cool on his Instagram .

Tovino captioned it, “Time spent ‘Cool’. Had a great experience spending time with Captain Cool. That very persona we have seen on screen – cool, composed and spontaneous brilliance is the man himself in person.”

He also added, “We had great conversations and there was this typical ease in which he would say the most thoughtful things. I feel truly fortunate to have had this opportunity; a great role model for all. Wishing more glitter to your illustrious journey @mahi7781.”

Dhoni attended the event to release the autobiography of noted techno-educationalist, Professor K K Abdul Gaffar titled ‘‘Njaan Sakshi’ (me as the witness)’.

Tovino Thomas, who scored one of his biggest hits in his most recent action film, ‘Thallumaala (2022)’, is gearing up to entertain the audience in 2023 with multiple films. The actor will be seen in upcoming period action Malayalam movie Ajayante Randam Moshanam where he will be seen performing the oldest form of martial art- Kalaripayattu.

Tovino will be also seen in Bijukumar Damodaran’s Anti-War Indian Film ‘Invisible Windows’ and Jude Anthany Joseph’s ‘2018’, which is based on the horror of 2018 Kerala floods.