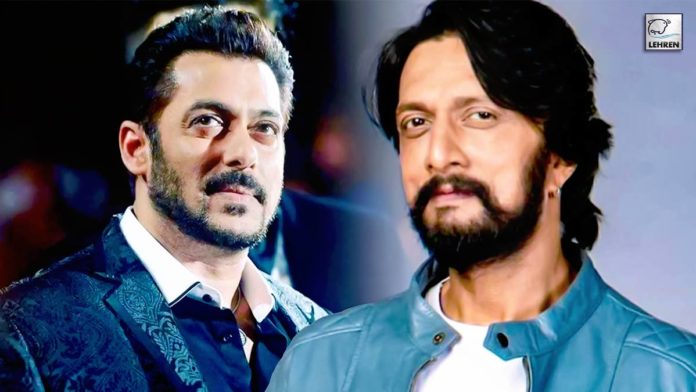 Kiccha Sudeep comments on his bond and friendship with Salman Khan

Kannada superstar Kiccha Sudeep is gearing up for his upcoming movie Vikrant Rona. He will be starring in the film alongside Jacqueline Fernandez. Bollywood superstar Salman Khan has taken the rights to present the Hindi version of the film. Salman Khan and Kiccha Sudeep are known for their off-screen friendship and strong bond.

In a recent interview with a leading media portal, Sudeep spoke about various topics including his friendship with the Bhaijaan of Bollywood. Salman Khan and Kiccha Sudeep have brought their friendship on works as the Wanted actor will showcase the mystery thriller-packed film Vikrant Rona to Hindi viewers.

Pehlwaan actor mentioned that his equation with Khan is beyond cinema. He said: “I was in Mumbai. He knew I was doing this film and showing the showreel to some companies. When I met him later, he had already heard from people and asked me to see the film. He liked it. In fact, he took a clean interest in the Mumbai market. He called his team to help us and asked me, ‘do you want me to come to shoot for you?’ I just said the maximum you can do is present the film because I didn’t want to ask for anything more. We are like brothers. Our equation is beyond cinema.”

Kicha Sudeep also shared his thoughts on the South vs Bollywood debate. The actor expressed, “If you went to Punjab, they would know Punjabi films and Hindi films. Similarly, in Bengal, they knew Bengali films and Hindi films. Hindi was universal. But they never knew about south films because our films were not in theatres. It’s just like Thai and Korean series getting exposure, our films are getting exposure too. It was bound to happen but what has happened in these two years is almost 15 years of change,”