Prabhas’ Look Leaks From The Sets Of His Upcoming Movie Salaar 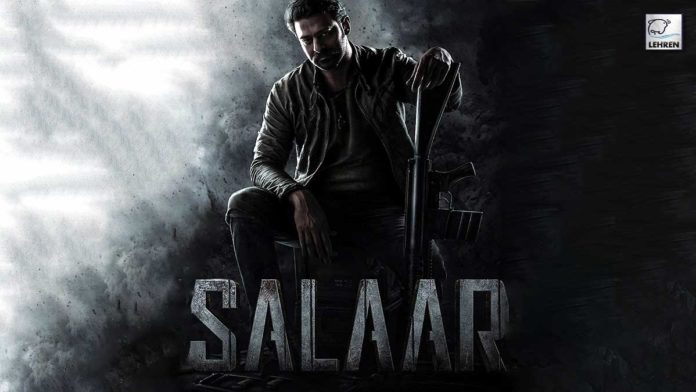 Prabhas' look for Prashant Neel's upcoming film Salaar trends on Twitter as it goes viral from the sets of the movie.

The south industry megastar Prabhas is currently filming for Prashanth Neel’s film ‘Salaar’. The film stars Prabhas in the lead role and is currently one of the most anticipated films after the major success of KGF: Chapter 2, which was also directed by Prashanth Neel. Few announcements about the film have been made public recently with its teaser to be released soon by next month in May, which has roused the curiosity and excitement among the audience.

In recent updates, the south actor has gone viral on social media, with some leaked pictures from the sets of the movie that are making waves on social media platforms like Twitter. In the viral pictures, Prabhas has been spotted wearing a t-shirt and jeans in one pic and an olive green dress in another pic. As per these images, it looks like the Baahubali actor has been filming for some action sequences for his upcoming movie.

Ever since the movie has been announced, fans have been eagerly waiting for updates on his looks from the movie. According to the reports, the film is being shot in Hyderabad. The movie also stars Shruti Hasan in the lead role as Aadya. The actor wished his co-star on her birthday on Instagram while posting a glimpse of her look from the film.

The teaser of “Salaar” will be unveiled in the last week of May. The movie is directed by Prashanth Neel and produced by Homeable Films. The cast also includes Prithviraj Sukumaran, Jagapathi Babu, Madhu Guruswamy, and Easwari Rao. Cinematographer Bhuvan Gowda and musician MS Ravi Basrur are among the movie’s technical crew members. The theatrical release of this much-awaited film will take place in 2023.

Prabhas will also be seen in Nag Ashwin’s ‘Project K’, along with Bollywood actress Deepika Padukone. The film will be a sci-fi thriller, which is presumed to be one of the most ambitious projects in Indian cinema. While Amitabh Bachchan has been cast in a key role in the film. Prabhas was last seen in the film Radhe Shyam along with Pooja Hedge. However, the film didn’t work well at the box office and made a worldwide collection below 200 Crores.