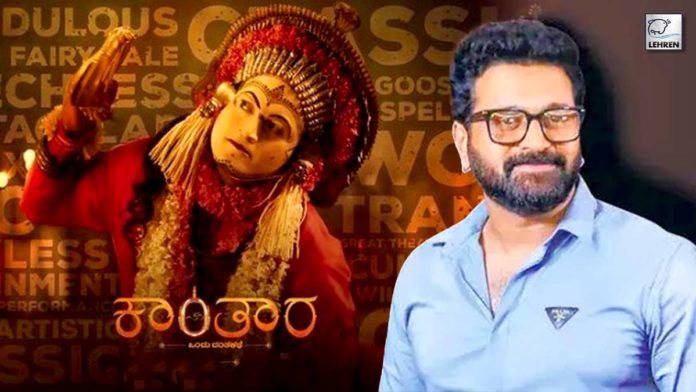 Rishab Shetty’s Kantara became a worldwide sensation immediately after its release. The Kannada language film is being highly lauded by everyone. It has attracted attention and has been admired by many popular stars. From Kangana Ranaut to Prabhas to Dhanush the film has gained ample praise and t is unstoppable. Rishab Shetty who headlined Kantara spoke on the film’s success.

In an interview with Hindustan Times, the actor revealed that they had never planned to dub the film in various languages initially. Also, they had not expected the film would do this well commercially. Talking about why they made the film a pan-India release, Shetty said, “The film is about man and nature’s relationship, and a part of Karnataka folklore. So I wanted to present this to people in my original language. But then the demand started for other versions as well. On Twitter, people would message me ‘Hindi, Telugu, Tamil mein release karo, isko pan India karo’. Mujhe pan India mein interest nahi tha to begin with.”

Talking about the success the film has received the maker who is also the lead said he has worked for 18 years to achieve this success. “It’s not as if I have worked only for this (box office collections)… bas ab thoda balance ho raha hai. Mujhe andar se heavy laga, that’s why I decided to make this film. I am grateful to audiences from across languages- Malayalam, Telugu, and other countries,” says Rishab