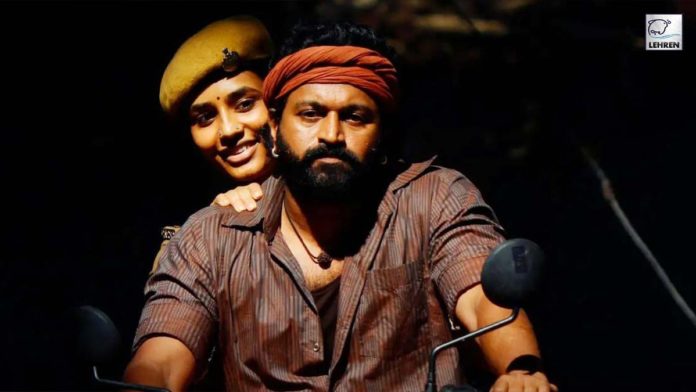 The Hindi version of Rishab Shetty's film Kantara was released on 14th October. Here’s how much the film has earned so far at the box office-

While other Bollywood films like Ayushmann Khurrana’s Doctor G and Parineeti Chopra’s Code Name Tiranga are struggling to remain at the theatres. Rishab Shetty’s film Kantara on the other hand is breaking records.

As per the trade reports, Rishab Shetty’s film Kantara has recorded great earnings at the box office due to its positive word of mouth. The film even managed to score higher digits than its opening day figures on Monday. The film has earned more than 1.35 crores on Monday. Continuing its impressive run the film collected a total of approx 1.8cr on Tuesday. and approx 1cr on Wednesday. While now the film has finally completed a whole week at the Hindi box office. Keeping a steady pace the second Friday recorded stable earnings and the film managed to breach 5.8cr domestically.

As per the trade reports, it is believed that the film will soon cross the 15cr mark with only the Hindi box office collections. Meanwhile, the film has now breached a total of approx 42.63cr domestically. While the overseas collections of the film stand on a total of 4.30cr.

Kantara is based on the Karnataka annual festivals, Bhoota Kola and Kambala. The action-adventure film stars Rishab Shetty, Sapthami Gowda, Kishore Kumar G, Achyuth Kumar, and Pramod Shetty in key roles. The film is based on a story of a conflict between humans and nature.

Kantara is a Kannada film that was originally released on 30 September alongside Mani Ratnam’s film Ponniyin Selvan. However, the Hindi, Telugu, Tamil, and Malayalam version of the movie was released on 14 October, alongside Ayushmann Khurrana’s film Doctor G and Parineeti Chopra’s film Code Name Tiranga. The film is directed and written by Rishab Shetty who also essays the lead role in the film.