How Does Dhanush Choose The Best Movie Always? The Actor Reveals 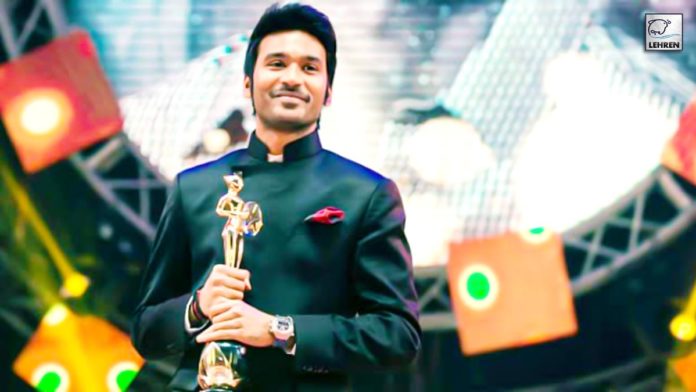 The actor recently received a national award for his outstanding performance in ‘Asuran’ shares what script makes him want to work.

Dhanush is recently gearing up for his upcoming movie “Atrangi re” opposite Sara Ali Khan and Akshay Kumar. The actor reveals about the movie,

“Beautiful! I can say very confidently, that you will love the film and you would also fall in love with all the characters brilliantly. AR Rahman sir has given us amazing songs and just wait for the background music. All I can say is that I’m very happy to be a part of this film and the way the film is shaped” he says.

When being asked about what makes him choose a particular movie or if there is any particular genre that interests the actor he shares,

“No, it’s not like I chose this over anything. It’s just that everything should fall into place. I mean, there are brilliant scripts that came my way. I couldn’t do it because I was doing something else at that point in time. So many things. I mean, it’s a big process, and it needs to be followed. But Aanand and Himanshu when it’s them, I just say yes, right away. A day or before he told me that I need you around this time. So, I was like, okay, block those days, and everything should fall into it. But I understand what you mean and I am trying to do more.”

“As co-stars, we shared a good bond. We had very little time to think about anything else because we had such difficult characters to play through. And we had to be articulated every single minute. Very kind of Sara to say such lovely words.” he mentions working with Sara Ali Khan, who is all praises for him.

The actor further revealed his wish to work alongside Ranbir Kapoor next and thinks it would be wonderful to work in a Rajkumar Hirani Film.

“Atrangi Re” is an upcoming Indian Hindi-language musical romantic drama film directed by Aanand L. Rai. Produced by T-Series, Colour Yellow Productions, and Cape of Good Films, the film stars Akshay Kumar, Dhanush, and Sara Ali Khan. The Tamil dubbed version of the film is titled “Galatta Kalyanam”. The music is composed by A R Rahman. The film is set to premiere on Disney+ Hotstar on 24 December 2021 in Hindi and Tamil languages.