Allu Arjun Gets Trolled For His New TV Commercial; Fans Remind Him ‘Don’t Forget Your Roots’ 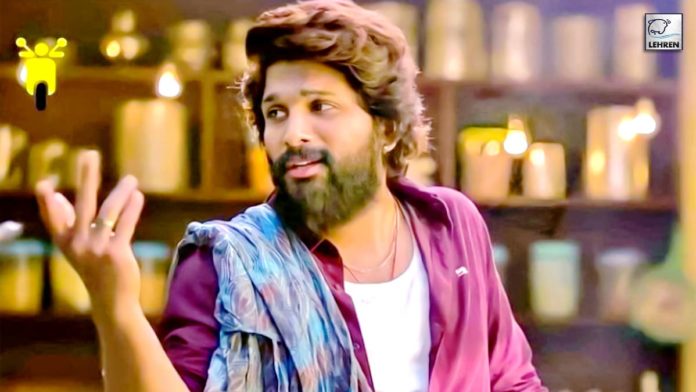 The ‘Pushpa’ actor is recently being subjected to trolls from fans as they find disappointment in his latest Zomato Ad. Here’s why!

When the current South Indian sensation Allu Arjun dropped his new tv commercial for Zomato, fans gave out mixed reactions. The actor is recently at the peak of his career, after delivering the superhit film “Pushpa: The Rise”, all thanks to the movie for doing so well despite the global pandemic. Even after the release, the success of the movie still lingers on the internet. Right from grooving to ‘Saami’ to lip-syncing to the famous dialogue of the movie, fans just can’t seem to get over the ‘Pushpa fever’ yet.

With everything in Allu Arjun’s favor, the actor recently did a Zomato commercial in his own Pushpa style. Right when the commercial ends, one can see Allu delivering a dialogue, “Manasu Korithe, Thaggedele”, which roughly translates to “when your heart desires, don’t just settle” following it with his famous Pushpa gesture.

What came across as a fun video to many, didn’t go quite well with others. On one hand, viewers loved watching the video with the Pushpa twist, others found the video extremely offensive and accused the commercial of hurting south Indian movie’s sentiments. According to them, the advertisement mocked the south Indian film industry by overdoing it.

A user accused Allu Arjun of insulting south Indian movies shortly after his debut success in Bollywood. “Just a fake hit in North and you’re trolling south movies? Don’t forget your roots Allu Arjun ” wrote the angry user. While others accused the actor of demeaning a whole industry for the sake of money and called it ‘shameful’. Others believed that the actor just simply apologized to the south Indian industry as a whole.