Here’s How Snehlata Vasaikar Resonated With Her... 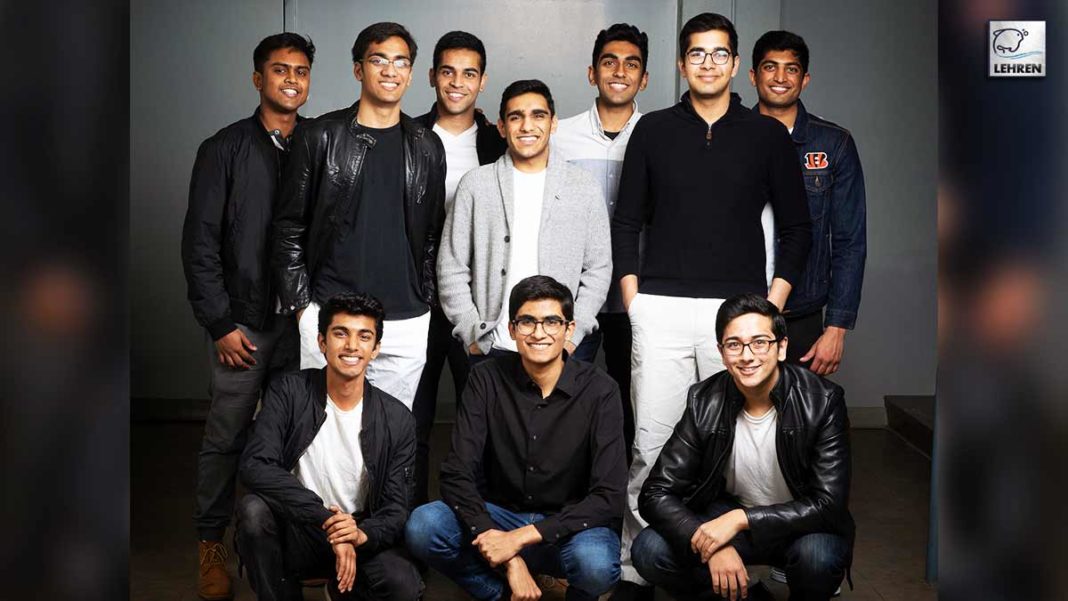 In a brave new virtual world, from 5,000+ College A Cappella groups, 64 of the nation’s most acclaimed and award winning groups were invited to compete in the unprecedented “UpStagedAID: One World, Every Student Voice™” NCPA A Cappella Championships for $10,000+ in cash prizes for teams and their chosen Social Justice Charity.

Penn Masala is one of five South Asian College groups who fought their way to the top of this NCPA Competition. Formed in 1996, all-male Penn Masala is renowned as the world’s first and leading South Asian A Cappella group, having performed worldwide for celebrity audiences from the White House to the Bollywood Music Awards. Penn Masala is featured in the Hollywood blockbuster Pitch Perfect 2. Their cover of “Any Way You Want It” was part of the Best Soundtrack Winner at the 2015 American Music Awards.

A Penn Masala spokesperson said, “We are delighted to be in these Upstaged Championships. We perform a mashup song of Castle on the Hill and the Hindi song Ilahi. It’s a perfect representation of both Western culture and our South Asian roots. We are supporting Black Men Heal, a local NGO here that works towards mental health.”

Teams are competing for the NCPA A Cappella Championship, NCPA A Cappella All-American status, and $10,000 for teams and their Social Justice Charities. Nearly 150K votes were cast in head-to-head matches to reach the Closing Quartet.

UpStaged Entertainment Group’s Director of Talent, and former Elite Model Management International talent/model executive Victoria Duruh, commented, “Legendary Penn Masala’s popularity across ethnic, racial and cultural boundaries is absolutely remarkable. Their ‘Pitch Perfect’ fame is only a part.  Penn Masala led a remarkable dominance of South Asian A cappella Groups in these UpStaged NCPA Championships, one of 5 South Asian Groups, out of 5,000+ Nationwide, that made it to UpStaged’s Round of 32 Notables, and 2 to the Octet Eight. No other A Cappella genre came close to as many representatives, and Penn Masala led with a successful formula of Brains, Beauty and Harmony!”

In addition to Penn Masala, a remarkable 4 other South Asian groups were selected, from 5,000+ nationwide, in this historic Collegiate championships: Rutgers RAAG, University of Miami’s Tufaan, University of Texas’ Hum, and Texas A&M’s Swaram.

As one of the Nation’s premiere award-winning Hindi-American fusion A Cappella groups, Tufaan is among the University of Miami’s most diverse campus organizations. On the South Asian Fusion competition circuit, the group swept up awards across the country in winning the University of Pittsburgh’s Steel City Sapna and University of Iowa’s Gathe Raho, taking second at UNC’s Sangeet Saagar before claiming a National Championship at the Awaaz.  Tufaan was the NCPA Southeast Region #4 Seed, and made it to the Round of 32 Notables.

HUM – University of Texas at Austin

Hum is a South Asian fusion A Cappella group that uses their amazing voices to create a blend of South Asian and American musical culture. Hum has evolved into a group of diverse vocalists who love to share their love of music through performances, national competitions and studio album recordings. Hum blends cultures and puts a unique spin on both Hindi and English songs. They are a group of highly dynamic vocalists who arrange all of their songs by themselves.  Hum was the NCPA Southwest Region #4 Seed, and made it to the Round of 32 & the All-American Encore round.

Founded in 2007, Swaram is a South Asian fusion all-gender group fusing Indian and Western musical styles. Swaram is the two-time reigning champion of the South Asian A Cappella Championship, Awaaz All-American, and has released multiple albums and EPs on Spotify, Apple Music, and Tidal. In addition to competing, Swaram performs for philanthropy groups, seeking to communicate a message that their audience can relate to.  Swaram qualified for the All-American finals, competing for one of the last 4 NCPA A Cappella All-American spots to be announced on Thursday at 8 pm on Broadway on Demand.

The rumors of Varun Dhawan’s wedding have been floating around from the last few days. According to the reports, Varun is all set to...
Bollywood
00:01:11

The gorgeous diva of Bollywood, Sara Ali Khan is currently enjoying her vacation in the Maldives. The actress is sharing glimpses of her getaway...
Bollywood
00:01:46

Late actor Sushant Singh Rajput had a short but remarkable career in Bollywood. He debuted in the Hindi film industry in 2013 with the...
- Advertisement -

Shivin Narang: I Can’t Express The Happiness I Felt Wearing The Uniform