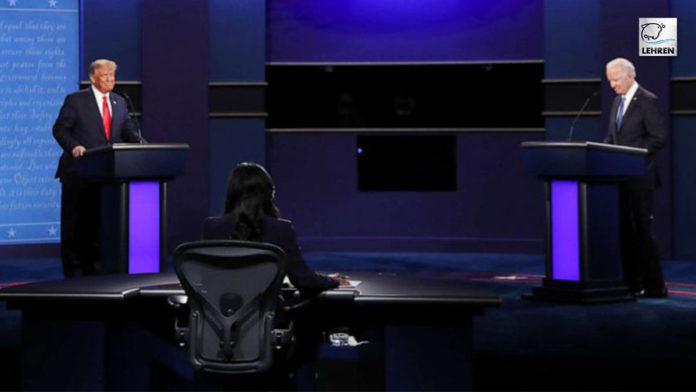 The US Presidential Elections are nothing less than interesting. You find as much drama in the debates as any reality TV.

Donald Trump defends his decision to withdrew from the Paris Climate Accord during the debate. The final debate between the two Presidential candidates was held last night.

The two candidates for the White House got face to face for one last time before the final elections on November 3rd.

According to Donald Trump, being in the Paris climate accord would have made America a non competitive nation.

“Look at China, how filthy it is. Look at Russia. Look at India. The air is filthy. I walked out of the Paris Accord as we had to take out trillions of dollars and we were treated very unfairly,” he said during a debate with Democratic challenger Joe Biden.

“I will not sacrifice millions of jobs… thousands of companies because of the Paris Accord. It is very unfair,” he said at the televised debate. The two candidates avoided shaking hands due to safety risks.

Obviously this comment did not go down well with the Indian public especially when the Prime Minister of India has repeatedly said that Donald Trump is a good friend.

On the other hand, political analyst Tehseen Poonawalla, urged PM Modi to give a strong response to the US President. “Remember how our IRON LADY Martyr Indira Gandhi ji took on the US & showed Henry Kissinger and Richard Nixon their place,” he tweeted.

Priyanka Chaturvedi, a Shiv Sena leader called the comments unfortunate and added that India is committed to climate change.

What is the Paris Climate Accord?

Paris Climate Accord was established in the year 2015 where Former US President Barack Obama played a huge role. The accord is aimed to keep the global warming well below 2 degree celsius.

In 2017, Trump pulled out of this global agreement, citing climate change as unimportant.

The US president has always blamed countries like China and India for not doing the required for climate change.

India is the fourth highest emitter of carbon dioxide which constitutes of around 7% of the total global emission.