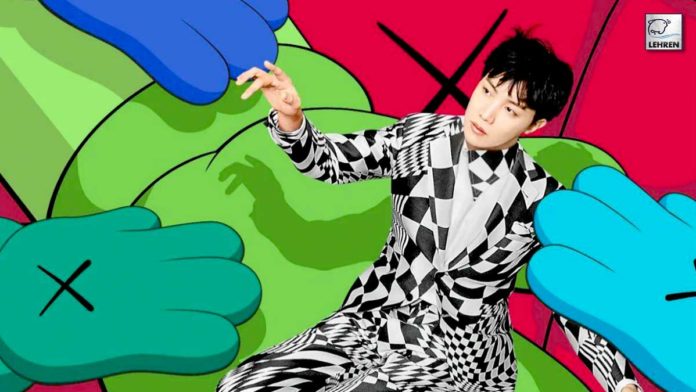 Ever since BTS called off from their group to explore their solo self; they have made sure that their fans won’t be suffered from it. All seven of them have done collaborations and some have gone solo and rejoiced in the army. But there is an interesting announcement in reference to J-Hope.

In an announcement made by HYBE and BigHit Entertainment, the dancer and rapper Kim Hosoek aka J-hope is launching his album. MORE, Jack in the Box, and many other songs are being released.

Talking about his upcoming release, Jack in the Box, which is set to be released this Friday, July 15, 2022.

The rapper captioned- ‘I Burnt it all’, The teaser photo depicts J-Hope fiercely gazing at the camera next to a car on fire. The white jumpsuit by the artist and the burning car gives a lot of vibes of arson.

Jack In The Box comprises a total of 10 tracks: “Intro,” “Pandora’s Box,” “MORE,”, “Music Box: Reflection,” “What if…,” “Safety Zone,” “Future,” and “Arson.”  The tracks of Jack In The Box are available on all music streaming platforms.

The rapper and dancer J-hope’s album Jack in the box became a superhit album and was steaming among the top 100 songs on Billboards in 2022. Now the makers have decided to stream the journey of the artist on Disney+ from making and releasing the album to his performance at Lollapalooza 2022. It will be streamed on 17 February 2023.

All his songs from the album became a trending spot on all social media platforms. Army has been happy to see their idols individually dominating the world. Apart from this Jhop’s songs Arson and More are among the best songs from his Jack In the Box Album. They crossed 3 million views within a day. Army will get to see the making of the album and how the artist enjoyed his days of promoting and making the song.