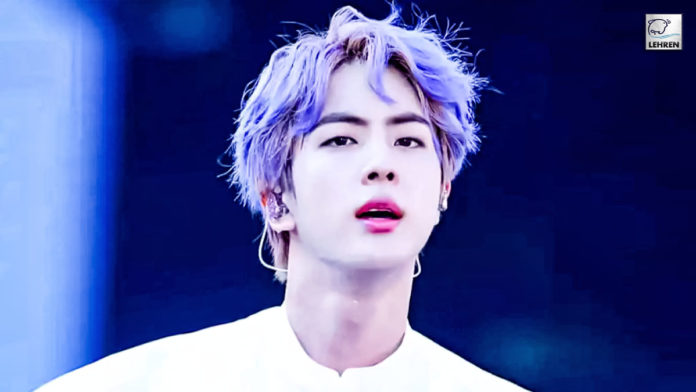 BTS’s eldest member Kim Seokjin aka Jin has departed from his musical career to serve his duty as a citizen of South Korea in the military. In December he left for his base camp and is training there. People posted lots of love and tears as the World-wide Handsome left to fulfill his mandatory service.

Today the BTS managing firm BigHit Entertainments posted a message from the Worldwide handsome which is probably taken when he shot for his solo album Astronaut.

He said that he will be soon joining military service and this video might come out when he is already in the base camp. He wished everybody happiness and also told that many short message videos have been shot for Army to always remember him. The army must be in tears after watching this.

Lately, BTS member has been sent for military service, people have been sending lots of letters and love and the company had to put an official announcement to it that does not do this. Ever since the BTS announced that they will be going on hiatus and later going to military service, Army is in complete dismay but Army is and always been supportive of their idols.

Many people have claimed that even though when everybody will sooner or later be going to mandatory services Army will be kept in a long wait to come back as BTS in 2025 but some videos, games, or funny episodes will be now and then shown to the fans to keep them happy and hoping to see them soon back on stage.

Currently, every member of BTS is coming out with solo albums and some collaborations and the most upcoming album is Jimin with another K-pop star.