IPL 2020: Shah Rukh Khan Shouts His Famous Dialogue From The Stands After Kolkata and Chennai Clash 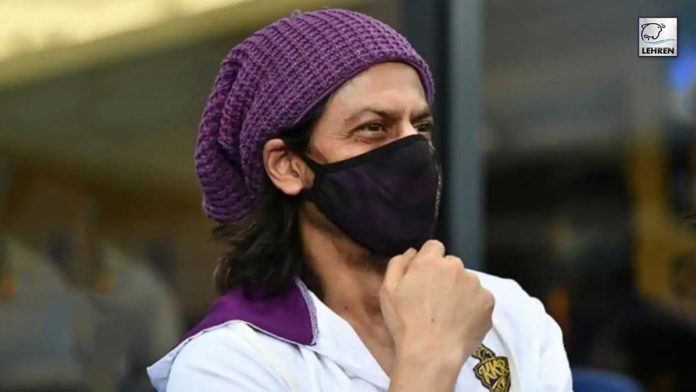 Cheering his team, Shah Rukh Khan shouted one of his famous dialogues from the stands during Kolkata and Chennai’s clash. Read below to know more.

On Wednesday evening, Kolkata locked its horn with Chennai at the Sheikh Zayed Stadium in Abu Dhabi. The game resulted in Kolkata bowlers thrashing the Chennai’s batting line-up to register a 10-win victory in the Indian Premier League (IPL). The man who emerged as the hero in the game was Rahul Tripathi. The Maharashtra opener played a fiery knock of 81 runs to help Kolkata put up a target of 168 runs. Indeed, Rahul Tripathi was awarded the Man of the Match award for his crucial knock. While Rahul was approaching to collect his award, SRK shouts his famous dialogue from the stands leaving the batsman in splits.

Speaking of the match, Kolkata skipper Dinesh Kartik won the toss and elected to bat first. Skipper’s decision was supported by the opening duo of Shubhman Gill and Rahul Tripathi. They helped Kolkata get a good start in the game.

Tripathi and Gill put up a partnership of 37 runs before Shardul Thakur sent the latter back to pavilion. Kolkata’s star batsmen- Eoin Morgan and Andre Russel failed to impress. However, Kolkata survived because of the crucial runs scored by Pat Cummins and Dinesh Kartik.

In Chennai’s response, Chennai lost the wicket of in-form Faf du Plessis early on. But the partnership between Ambati Raydu and Shane Watson helped Chennai to stay in the game for a while.

However, Chennai fell 10 runs short of their target. This is Chennai’s fourth loss in the 13th season of the Indian Premier League.

The win against Chennai helped Kolkata climb the number 3 spot in the IPL Points Table. On the other hand, Chennai remains at number 5 position.