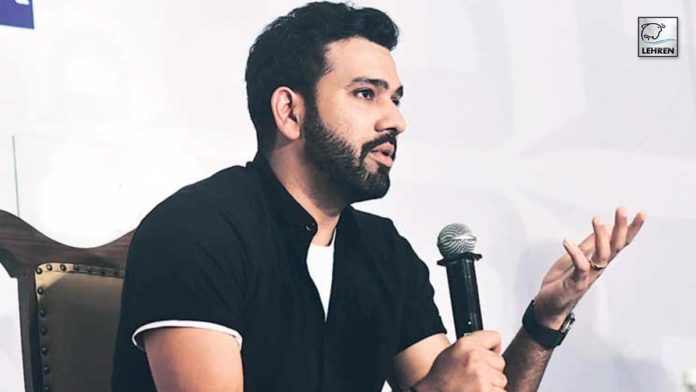 Rohit Sharma has shared the updates about his hamstring injury due to which he was unable to play the last four matches for Mumbai. Read below to know more.

The Mumbai-based franchise has been in a bit of concern owing to skipper Rohit Sharma’s hamstring injury. Following the injury, the opener has to miss out on the last four matches in the on-going Indian Premier League (IPL). On Tuesday, after Mumbai’s 10-wicket loss against Hyderabad, he spilled the beans on his injury. In the post-match presentation, Rohit Sharma shared updates about his hamstring injury and his return to the tournament.

The Mumbai skipper made his comeback in the IPL yesterday against Hyderabad. However, he got dismissed after scoring only 4 runs off 7 balls. Later on, Rohit Sharma shared updates about his hamstring injury by saying that ‘hamstring is absolutely fine’.

During the post-match presentation, Sharma said, “I was happy to be back, it’s been a while. I’m looking forward to play few more games here, let’s see what happens. It (hamstring) is fine, absolutely.”

However, even after his comeback, BCCI President Sourav Ganguly has advised Rohit Sharma not to rush his comeback. As he has suffered from a hamstring tear.

Following his hamstring injury, Rohit Sharma was also dropped from the India squad touring Australia later this month. His entry in the squad reportedly remains open if he fully recovers from the injury.

Speaking of Rohit Sharma’s injury, according to Mumbai’s management he suffered a hamstring strain in his left leg. It happened during Mumbai’s game against Punjab on October 18. Hence, Sharma took a two-week layoff to recover.

Mumbai is the first team to have qualified for the playoffs. They also remain at the top of the IPL Points Table. Now, they will lock horns with Shreyas Iyer-led Delhi on November 5. This will be the first playoff of the IPL 2020. Apparently, the winning team will directly qualify for the finals.