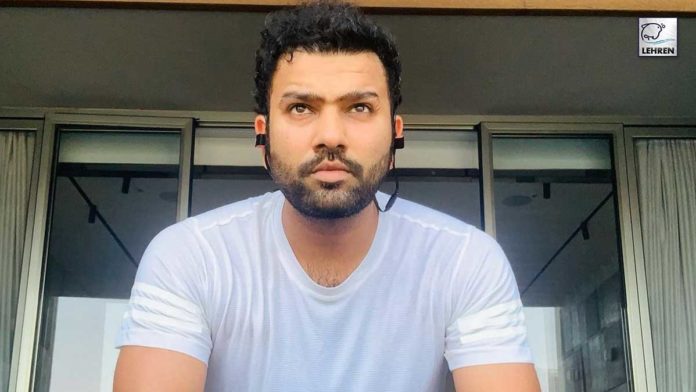 Rohit Sharma praises the Mumbai team as they lift the fifth trophy. The Mumbai-based becomes the first IPL team to win 5 titles. Read below to know more.

On Tuesday, the Mumbai-based franchise thrashed the Delhi team to win the 13th season of the Indian Premier League (IPL). While it happened to be Delhi’s maiden final appearance, Mumbai clinched their fifth IPL title. After the glorious victory, skipper Rohit Sharma praised his time for their consistent effort.  Taking to the official social media handle of the franchise shared a video of inside the dressing room. In the video, Rohit Sharma is giving a speech after lifting the fifth IPL trophy.

For the unknown, Rohit Sharma has been the captain of Mumbai for all the other four times they lifted the IPL trophy. In his dressing room speech, the skipper is thanking the whole team for their contribution throughout the tournament. He even called the Mumbai squad ‘One Family’.

The dressing room video is captioned, “From the #MI dressing room: @ImRo45 talks to the boys after our fifth @IPL triumph #OneFamily #MumbaiIndians #MIChampion5 #Believe.”

In the video, Rohit is saying, “One last thank you to our families who have been here with us making sure that they sacrifice and be with us and making sure that we are in the right zone to play the game. All the families have been brilliant. We’ve actually had a great time together and that is what one family means. We were literally one family.”

In the finals, after opting to bat first the Delhi team put up a target of 157 runs. The target was easily chased down by the Mumbai squad with 5 wickets to spare.

Rohit Sharma played the captain’s knock of 68 runs off 51 balls. The skipper missed out on a few games due to his hamstring injury.

Rohit Sharma and the team are clearly overjoyed after the Mumbai team lifting the fifth IPL trophy.