‘Remember us in your prayers’, Tweets Mustafizur Rahman Before Leaving To Pakistan 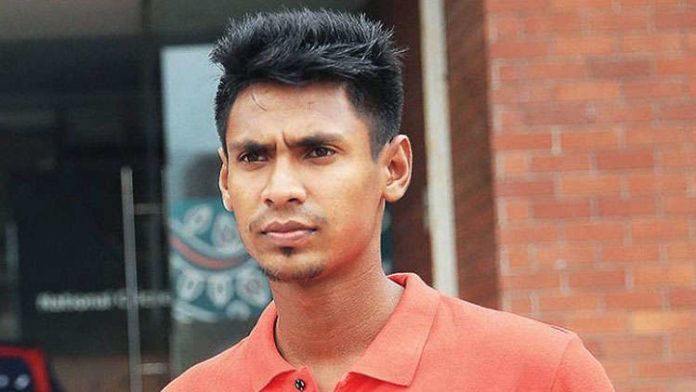 Mustafizur Rahman makes a confusing tweet before heading to Pakistan for the upcoming series.

Mustafizur Rahman who is a part of Bangladesh’s squad touring Pakistan, posted an obscure tweet before departing to Pakistan which raised a few eyebrows.

The left-arm pacer took on his twitter to post a selfie along with his teammates before the team’s departure and asked his followers to pray for them. He tweeted, “Heading to Pakistan. Remember us in your prayers.”

Heading to Pakistan. Remember us in your prayers. #PAKvBAN pic.twitter.com/7l85XfFUWM

The netizens took advantage of this tweet and tweeted mixed reactions, and asked Bangladesh’s team to be careful on their tour. Many Indian fans also joined these conversations and had their say.

It will be for the first time in a long while that Bangladesh will be touring Pakistan. Earlier Bangladesh was reluctant to travel to Pakistan. But the officials of both the teams met in Dubai and after many deliberations, the Bangladesh Cricket Board agreed to send their team for a cricket series.

Bangladesh will be playing three T20Is, two Tests and an ODI in Pakistan. These matches will play in a time span between January and April. The T-20 series will start from 24 January in Lahore, and it will be followed by the first Test from 7 February to 11 February.

Then Bangladesh will again return to Pakistan in April for playing one-off ODI. This match will be played on 3 April and the second Test from 5 April to 9 April.

About 5 of Bangladesh’s coaching staff have refused to travel to Pakistan. Even their senior player Mushfiqur Rahim has pulled out of the tour citing some personal reasons.

Talking about Pakistan, they have called up their experienced players Mohammad Hafeez and Shoaib Malik for the T20I series. Even the young pacer Shaheen Afridi has been included in the squad.