James Pattinson On Jasprit Bumrah, “Probably The Best T20 Bowler In The World” 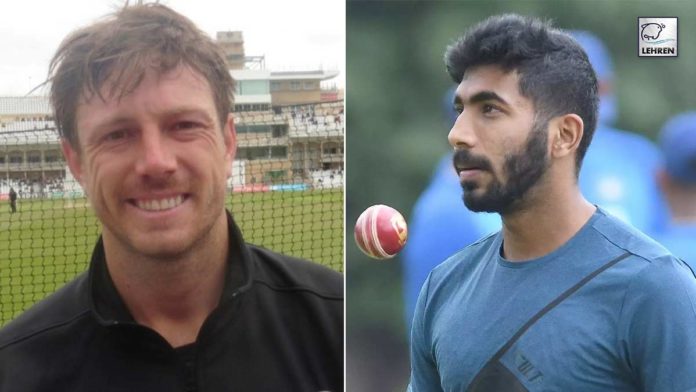 James Pattinson is all praises for Mumbai Indians pacer Jasprit Bumrah. He is excited to share the dressing room with Bumrah.

The Mumbai Indians squad is working hard in the nets to gear themselves up for the Indian Premier League (IPL) 2020. This year, Aussie bowler James Pattinson will be playing from Mumbai Indian’s side.  He will be accompanied by two of the best bowlers in the cricket- Jasprit Bumrah and Trent Boult. James Pattinson is all praises for Jasprit Bumrah during a recent interaction.

For the unversed, James Pattinson is the replacement for Sri Lankan bowler Lasith Malinga who opted out of the tournament. The reason behind Malinga’s exit is considered to be personal.

James Pattinson praises Jasprit Bumrah and NZ bowler Trent Boult, while saying, “It’s a privilege to be involved with one of the best T20 teams in the world. Personally, it’s just fantastic to work with some of the best bowlers in the world.”

Pattinson further added, “Obviously, Bumrah is probably the best T20 bowler in the world. And Boulty (Trent Boult) is up there as well.”

James Pattinson said all this in a video posted by Mumbai Indians on their official Twitter handle.

The right-arm seamer also mentioned that he has played in UAE before, so he has a bit of experience of playing in this condition. He showed optimism about being able to perform well in the upcoming tournament.

The UAE will host the 13th season of the Indian Premier League (IPL) 2020. In the tournament’s opening game, defending champions Mumbai Indians will take on the Chennai Super Kings.

The tournament will begin on September 19, 2020, and the finale will be played on November 10.

BCCI decided to stage IPL in UAE due to the increase in COVID-19 cases in India.