Hardik Pandya Takes A Hillarious Jibe On Koffee With Karan Row; Check Out 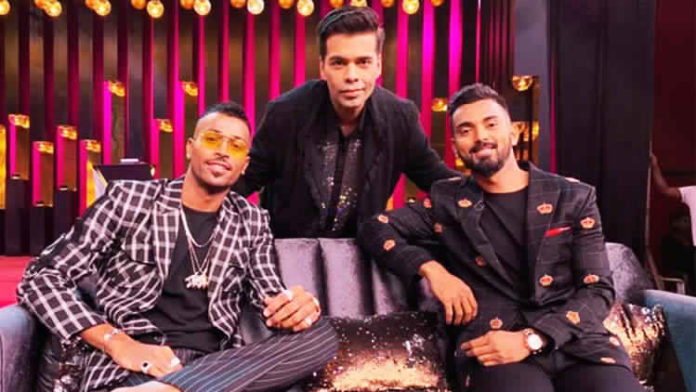 India cricketer Hardik Pandya along with his teammate KL Rahul landed themselves into controversy when they spilled out too many secrets while on Koffee With Karan. The team India all-rounder’s comments were labeled as misogynists and even BCCI took strict actions against the two cricketers.

Recently while interacting with his fans on Instagram Live Hardik Pandya recalled the controversial phase. In a live chat with India wicket-keeper Dinesh Kartik, he joked that a cup of coffee proved too costly for him and now he drinks green tea. Hardik said, “I don’t drink coffee, I drink green tea instead. I drank coffee only once and proved to be too expensive for me. I can bet that Starbucks would not have such an expensive coffee. Since then I stay away from coffee.” Hardik was joined by brother all-rounder Krunal Pandya during the Instagram Live session.

Talking about the whole Koffee With Karan incident, Hardik was tangled in a serious controversy in early 2019 due to his remarks on the chat show while interacting with the host Karan Johar. Both Hardik and KL Rahul were briefly suspended by BCCI after the incident.

It all happened because cricketers are considered as role models in India and such bizarre comments from them will surely influence the young minds who look up to them as their inspiration.

Since the incident, Hardik got engaged to actress Nataša Stanković on January 1, 2020. On the other hand, Hardik’s return to team India has been hampered with injuries and on-going COVID-19 crisis.

Hardik Pandya is expected to play the T20 World Cup which shall begin later this year.