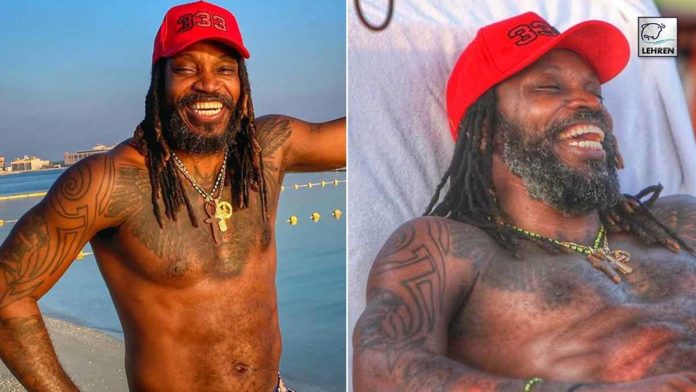 Chris Gayle candidly spilled the beans on his retirement talks. The 41-year old is currently in-form and is helping Punjab bounce back in IPL 2020. Read below to know more.

The Punjab-based franchise is bouncing back in the on-going Indian Premier League (IPL 2020) after a slow start. Punjab clinched an eight-wicket victory against Kolkata on Monday at the Sharjah Cricket Stadium. The KL Rahul led team easily chased down the target of 150-runs with seven balls to spare and eight wickets in hand. It was fiery the inning by batsmen Chris Gayle and Mandeep Singh that helped Punjab register the win. Gayle and Mandeep scored 51 and 66 unbeaten respectively. In the post-match presentation, Chris Gayle got candid about his retirement talks and said that the youngsters don’t want him to retire.

During the post-match presentation, shedding the light on his retirement talks Chris Gayle said, “I have a good feeling about myself and the team. Just capitalising on it, but still, a long way to go. We had two very good spinners, we had to make a quick adjustment. Quickly assess what they were doing.”

The Caribbean batsman was all praises for Kolkata spinner Sunil Narine who has got him out so many times in the IPL. Gayle called him one of the best spinners in the world.

Furthermore, Gayle said, “Mandeep is going through a lot. Last game we said we want to win it for him. So beautiful to watch him in the middle pointing out to his father watching from above.”

For the unknown, Mandeep Singh lost his father a couple of days back. However, due to the COVID-19 situation, he wasn’t able to be here in India for the last rites.

Gayle also mentioned that the team coaches asked the senior players that they need to set up in crucial games. He is glad that they were able to put their hands up.

The 41-year old also added, “And the youngsters in the team are telling me: don’t retire.”

After yesterday’s game, Punjab has climbed up to the number 4 position on the IPL Points Table. Up next, Punjab will lock horns with Rajasthan on October 30.