Was Salman Khan Also A Target Of Lawrence Bishnoi? Read To Know 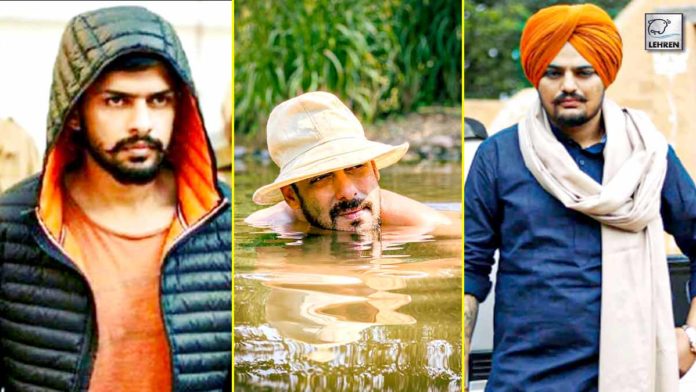 Lawrence Bishnoi and his aides were after Bollywood actor Salman Khan after the Black Buck case as the gagster considered the animal sacred.

Punjabi Singer and rapper Sidhu Moose Wala was shot dead by unidentified assailants on Sunday evening at 6 PM. Soon after gangsters Lawrence Bishnoi and Goldy Brar claimed the responsibility for killing the young singer, Sidhu Moose Wala. While the investigation of the case has been started.

While according to reports gangster Lawrence Bishnoi has also threatened to murder the Bollywood megastar, Salman Khan. Bishnoi is allegedly involved in more than five dozen criminal cases lodged against him in Delhi, Haryana, Rajasthan, and Punjab. In the year 2018, one of his men was caught after he threatened to kill Salman in relation to the blackbuck case.

According to the reports, the Bishnois hold the blackbuck in many regards and believe that they are sacred animals. And soon after the case of the blackbuck killing went into the news the group targetted the actor. In response to this, Salman’s security was increased in Mumbai.

For the unversed, Sidhu Moose Wala’s brutal killing took place after the singer received threats of his life from gangsters who are suspected to be Bishnoi’s aides. Lawrence Bishnoi has been booked in several cases that range from murders to extortion. He was arrested in 2017 and is currently in a high-security cell at Delhi’s Tihar jail.

For the unversed, the ‘G-Wagon’ singer was shot dead by around 8 to 10 attackers on the 29th of May in Mansa, Punjab. The singer was mercilessly shot over 30 times and even after firing, the attackers made it a point to check whether the singer was alive.