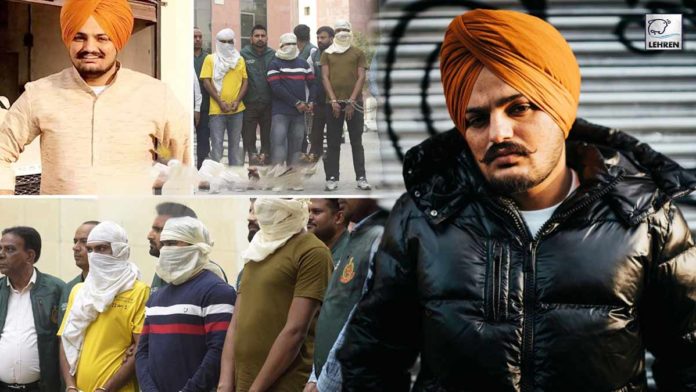 Sidhu Moose Wala’s Murder: Punjabi singer and rapper Sidhu Moose Wala was assassinated last month on 29th in broad daylight. While the unfortunate demise of the singer rose rage among his fans soon after which the government decided to lodge a CBI inquiry into the matter. While recently the shooters of the singer have been arrested by the Delhi Police with heavy arms and explosives.

According to the latest reports, Delhi Police has arrested three persons, including two shooters, in connection with the killing of late singer Sidhu Moosewala, officials said on Monday. The accused are apparently identified as Priyavrat alias Fauji, Kashish, and Keshav Kumar, the trio was arrested on Sunday evening from Kutch in Gujarat. It is also revealed that the accused had arranged the uniform of the Punjab Police, but couldn’t arrange the identity cards and name badges for themselves. Apparently, the shooters conducted recces eight to nine times before executing the murder. See pictures here-

Police also revealed the heavy arms and explosives retrieved from the shooters. The shooters carried around 8 high explosive grenades, nine electric detonators, one assault rifle with 20 rounds, three sophisticated star pistols, 36 rounds and part of AK series assault rifle have been recovered from their possession.