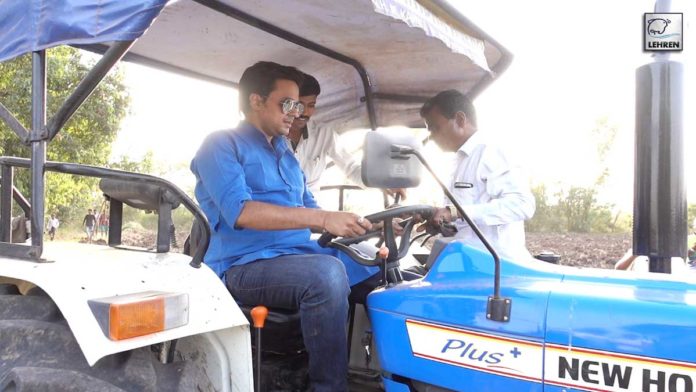 The Indian Prime Minister gave the clarion call of ‘Aatmanirbhar Bharat’ and RJ Raunac walked the talk. An MBA, who was once doing a desk job out of the B-School followed his calling and quit his job to be an RJ, eventually becoming one of the most followed RJs in Asia. Being an RJ, Raunac has also been a television anchor, a social entrepreneur, and a spiritual seeker. His self-made alter ego ‘Bauaa’ is super popular with the listeners for his tongue-in-cheek humor on subjects that affect the common man from politics to cricket to movies – basically, anything that concerns the common man.

At the time of the first lockdown, he initiated ‘Bharat is Best’ – a campaign for impacting the lives of those around us – beginning with those who are in the business of farming and agriculture. As we know that agriculture is the primary source of livelihood for about 58% of India’s population, we can go from strength to strength. The team ‘Bharat Is Best’ (BIB) selected progressive and innovative farmers from the length and the breadth of the country and connected with them. The team then shot a video with these farmers and they are aired every Sunday on the RJ’s social media channels. Commenting on the campaign, RJ Raunac said; “BIB is a personal initiative apart from the corporate initiatives that I am a part of. The stories we could learn from all over the country were highly motivating. Some farmers had successes with growing superfoods, some with value addition in food processing, some with exports, some with organic and medicinal farming, etc. These videos were watched by 7 million countrymen and till now we have showcased content of 26 farmers across 11 states with a team of 30 people.”

Last Diwali, Raunac initiated ‘Ye Diwali, Kisaano vali’ in which team BIB purchased raw materials from farmers, made cookies from it, and distributed them through online platforms and also to soldiers. Along with the ‘Mushroom Girl of India’ Divya Rawat; another initiative titled ‘Mission Mushroom’ was undertaken in which mushroom farming was encouraged. Currently, Raunac and team BIB have developed model farms in Kutch and Surat in Gujarat. Raunac is undertaking multilayer farming and once the model is developed, the learning will be taken to the farmers. “I want to develop more such model farms. I strongly believe in Mahatma Gandhi’s quote that one has to be the change that one wants to see in this world. I hope that more and more youth come forward and our nation becomes Aatmanirbhar in the truest sense” concluded the RJ.