I will speak at the right time, have nothing to say now: Ajit Pawar 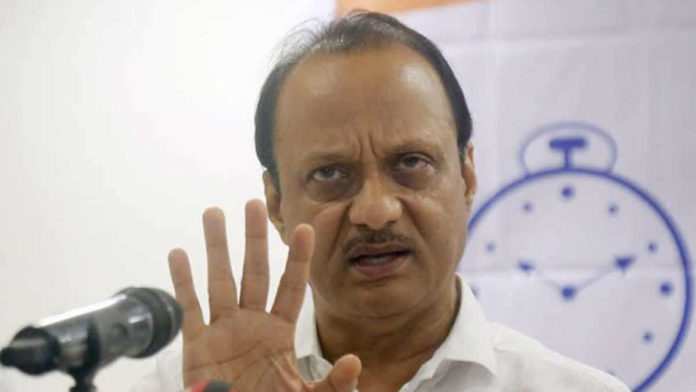 Ajit Pawar, who last week supported the BJP to form a short-lived government in Maharashtra, also said there is no reason "to create" confusion about his being in the NCP.

“I never left the party. I was with the NCP, I am with the NCP and will remain with the NCP. Media has misreported about me in the last few days and I will react to it at an appropriate time,” Ajit Pawar said ahead of the oath by legislators in the assembly.

Sharad Pawar’s daughter Supriya Sule welcomed her cousin Ajit Pawar with a warm hug ahead of Wednesday’s session. She also touched his feet.

Ajit Pawar had joined Bharatiya Janata Party (BJP)’s Devendra Fadnavis to form a government in the state. Fadnavis was sworn in as chief minister and Ajit Pawar as his deputy on Saturday.

Both Fadnavis and Pawar resigned on Tuesday evening, hours after the Supreme Court ordered that a floor test be conducted on Wednesday. After his resignation, Ajit Pawar had met his uncle at his residence on Wednesday night.

Ajit Pawar, 60, had said that he allied with BJP “for the sake of farmers”. Over the four days, Sharad Pawar had sent senior leaders such as Chhagan Bhujbal, Jayant Patil, Dilip Walse-Patil and Sunil Tatkare to talk to his nephew and bring him back to the NCP fold.

Sharad Pawar distanced himself from his nephew and went all out to bring the dissident MLAs back to NCP. The lawmakers had started returning to the party by Saturday afternoon and said that they were misled by Ajit Pawar.

Sena, NCP had moved the Supreme Court against Maharashtra governor Bhagat Singh Koshyari’s decision to invite Fadnavis to form a government. They said that Fadnavis doesn’t have the numbers to pass a floor test.

Fadnavis and Ajit Pawar though insisted that they had a majority in the 288-member Maharashtra assembly. The BJP also argued that as Ajit Pawar was the NCP legislature party chief at the time of assuming power, his whip would be binding on party members in a floor test.

The claims were rejected by the NCP leadership. On Monday evening, the three parties held a show of strength at a Mumbai hotel and claimed that they had the support of 162 MLAs.

Sharad Pawar assured his party lawmakers that no one will lose their membership while Shiv Sena boss Uddhav Thackeray dared BJP to poach a single MLA of his party.