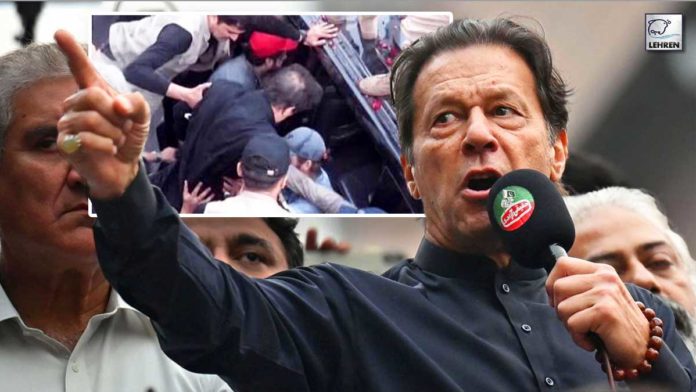 Former Pakistan Prime Minister Imran Khan was shot by unidentified assailants during a rally in Wazirabad.

On Thursday, Former Pakistan Prime Minister Imran Khan was shot by unidentified assailants during a rally in Wazirabad. As per the latest reports Imran Khan was shot in his leg and is currently under treatment. The politician has sustained the injury and is under treatment. While the videos of the whole incident are now making rounds on the internet.

For the unversed, former Pakistan Prime Minister Imran Khan was leading a protest march in Islamabad which was held to demand snap elections. During the protests, the politician was shot in his leg. As per the latest reports it is now believed that Imran Khan has sustained the injuries and is now having treatment for the same.

While many reports have claimed that the supporters of the former prime minister are claiming this attack as an attempt at “assassination”. However, no official comment has been made out public yet.

Farrukh Habib a member of Imran’s party said, “The cowards have shown their times Imran Khan is injured, may Allah protect him, the whole nation should pray for the life of Imran Khan,”

Apart from Imran Khan his close aide Senator Faisal Javed was also injured in the attack. A video of Faisal is now also going viral on the internet.