Doctors Claim Ramayan And Mahabharat Are Causing Too Many Eye Injuries

As per the report, hospitals in Hyderabad reported around 25 injuries (blunt and piercing), which were caused by the bow-and-arrow game. 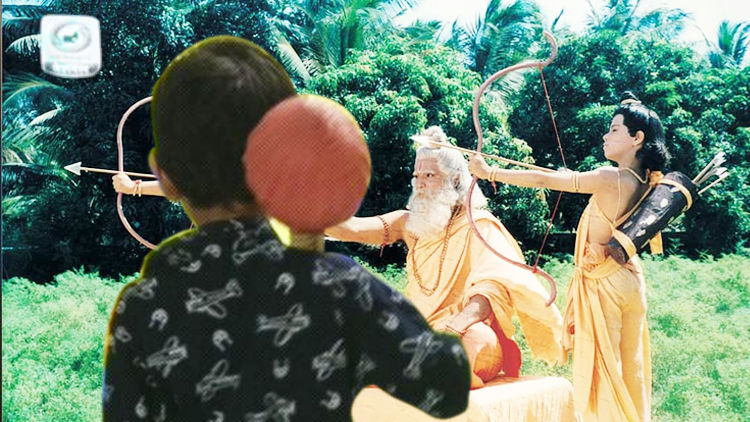 At least 12 kids in Hyderabad and the nearby area have lost eyesight ever since coronavirus lockdown started. You may think is this any new symptom of coronavirus, the answer for that would be, NO! Doctors blame the re-run of Ramayan and Mahabharat for this, as children used to imitate the war scenes by making bow and arrow out of broomstick. The parents were forced to rush their children to the nearest hospital after they were injured with these arrows.

As per the report, hospitals in Hyderabad reported around 25 injuries (blunt and piercing), which were caused by the bow-and-arrow game. “When Ramayana was telecast about two decades back, we saw many bow-and-arrow injuries. For about 15 years we did not see these injuries, but the numbers are starting to rise again. In an attempt to copy the central characters (from TV shows), kids make their own bow-and-arrow games.” said Dr. Subhadra Jalali, director of Retina Institute at LVPEI.

Among all of the cases, the youngest was a 7-year-old boy from Shamshabad. The kids fashioned a bow from the midriff of a coconut leaf and arrows from broomsticks. A flying broomstick pierced one of his eyes. Despite surgery to save the detached retina, he lost his vision.

Amidst the coronavirus lockdown, every channel has started airing their classic shows, but Ramanand Sagar’s Ramayan has bowled them all and within four episodes, the show became number one on Indian television but according to DD National’s latest tweet, Ramayan made a world record by becoming the world’s most-watched show beating Game Of Thrones and Big Bang Theory. However the reports about Ramayan making the world record has been dismissed and according to a Live Mint report, Ramayan’s April 16 episode compared to the last episode of American Series MASH, which aired back in 1983 had nearly 106 million viewers whereas Ramayan received 77 million viewership.

Apart from mythological shows like Ramayan and Mahabharat, Doordarshan has also brought back thriller, drama, and comedy shows like Byomkesh Bakshi, Buniyaad, and Dekh Bhai Dekh.