‘Dared Him To Shoot Me’: Delhi Cop Who Faced Pistol From Point Blank Range

A man identified as Shahrukh pointed a pistol at Head Constable Deepak Dahiya during the recent communal violence in the North East Delhi. 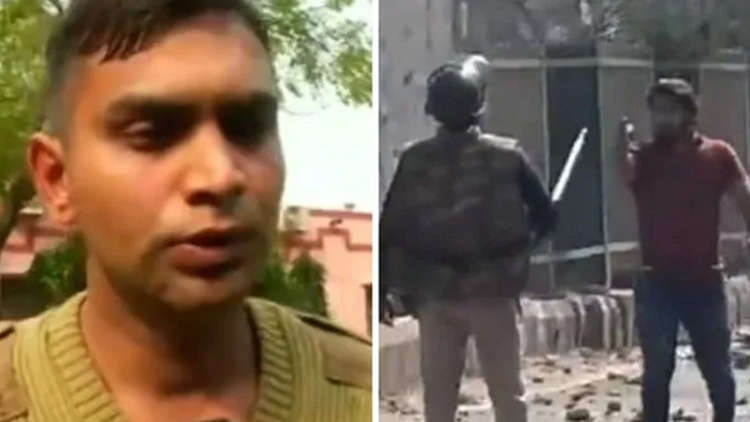 Delhi Police Head Constable Deepak Dahiya who bravely faced pistol from the point-blank range has narrated the whole incident in a recent interview with a leading daily. For the unaware, a man identified as Shahrukh pointed a pistol at him during the recent communal violence in the North East Delhi. A video went viral on social media, where the cop was seen bravely confronting a mob led by Shahrukh.

Shahrukh rushed towards Dahiya and threatened to shoot him from point-blank range but the cop stayed put and urged him to calm down. While talking about the incidence, Dahiya said, “My entire battalion was on one side of the road but when I heard gunshots from the other side, I rushed towards that side of the road and saw that person running towards me with a pistol in his hand.”

“When that person came near me, I raised my lathi to threaten him and asked him to stop shooting. But he did not stop and kept moving towards me and even threatened to shoot me,” he added.

He further added, “I dared that person to shoot me if he has courage. I was too proud of my uniform and I stayed put in front of him. I kept urging him to put down the weapon and he kept threatening me.”

Shahrukh had fired two shots, one was at the other side of the road while the second one went just one metre above Dahiya’s head.