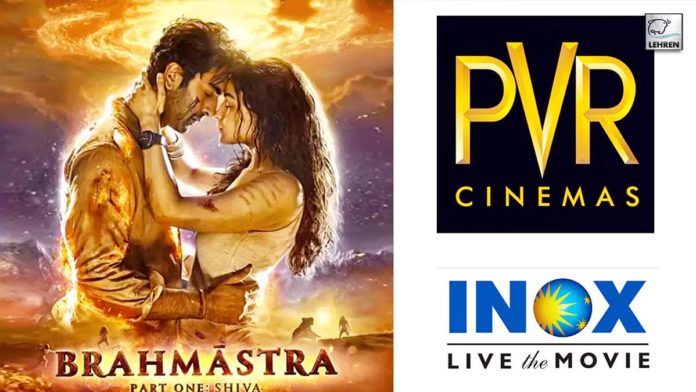 Both Brahmastra and the multiplex chains are having a bad Friday. Inox and PVR stocks have witnessed a major fall.

Brahmastra, one of the most expensive Indian movies has hit the theatres today. Shares of multiplex chain PVR recorded a 10% jump over the past two weeks as there was a huge hype around the film. However, both Brahmastra and the multiplex chains like PVR and INOX are having a bad Friday. Ayan Mukerji’s directorial Brahmastra Part 1: Shiva has opened to negative reviews from critics. Our senior journalist and film critic Bharathi S Pradhan gave 1.5-star rating to the fantasy fiction film and says, “Disappointingly, for all the effort that’s obviously been put in, there is a disconnect, a distinct, ‘You’ve lost me’ feeling in the viewer.

Twitter users are taking a dig at Brahmastra’s poor response on the first day of its release and the subsequent drop in stocks of PVR and INOX.

PVR claimed that it sold over 1,25,000 tickets of Brahmastra during advance bookings.

Keeping in view the reviews of critics and the audience, the future of Brahmastra looks gloomy. The fantasy fiction film is said to be made with a budget of Rs 400 crore. It features Ranbir Kapoor, Alia Bhatt, Amitabh Bachchan, Mouni Roy and Nagarjuna Akkineni. The film has been released in Hindi, Tamil, Telugu, Kannada and Malayalam languages.

Twitter users have already announced it a ‘major’ flop’. Check out a few tweets: