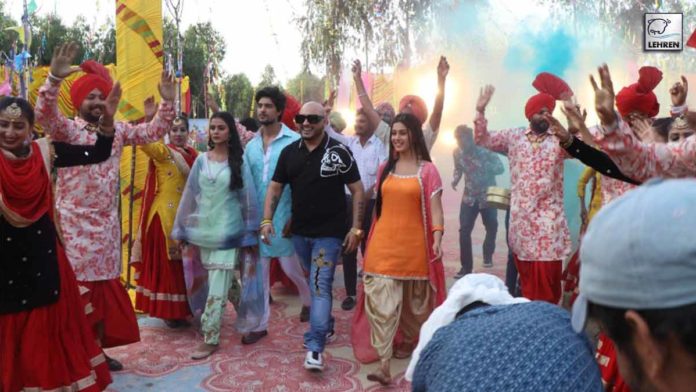 Tejo (played by Priyanka Chaudhary) and Jasmine (played by Isha Malviya) will invite Jass even after knowing that there is stress going on in Virk family due to Fateh’s decision of going to Canada. The celebration will be sparked with singer B Praak’s presence as he will sing some of his hit song ‘Teri Mitti’ from Kesari and also his recently launched soulful track, ‘Baarish Ki Jaaye’.

In the special episode, Fateh (played by Ankit Gupta) will have his share of dramatic moments as he will get to know that the woman he saved and admitted to the hospital is awake and turns out to be Meher! (Played by Nimrit Kaur Ahluwalia). In a dramatic turn of events, Fateh will also come face to face with Sarabjit (played by Avinesh Rekhi). Will he be able to bring together Meher and Sarab?

Singer B Praak, who was a part of the dramatic Mahasangam episode said, “I am excited to shoot here in Punjab with the cast of two most relevant shows: Choti Sarrdaarni and Udaariyaan. Choti Sarrdaarni is my family’s favorite and Udaariyaan’s concept strongly resonates with each one of us. The episode is going to be full of drama, entertainment and of course our beautiful new music track, ‘Baarish Ki Jaaye’. I had a lot of fun shooting with the cast of the show- They are fun, energetic, and extremely talented.”