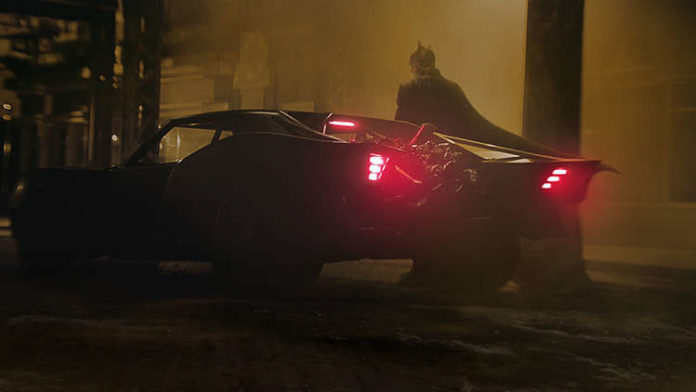 The Batman director Matt Reeves give us the first look at Robert Pattinson’s Batmobile.

A few weeks back, Matt Reeves shared a test footage in which the director revealed a part of Batsuit but the biggest surprise he gave everyone by sharing three pictures from the sets of The Batman giving us the first official look at the Batmobile along with some more glimpse of Batsuit.

Although in all the Batman films, Batmobile looks futuristic and sleek, but in the Matt Reeves directorial, the makers gave it a classic look just like in the comic books. The pictures also give us an extensive look at Robert Pattinson’s Batsuites, with cape and pointy bat ears.

However, recently when the pictures from the sets leaked online, where the stuntman was seen wearing the replica of Batsuit, netizens called it cheap and awful. But these new pictures give us a convincing look at young Bruce Wayne alongside his modified turbo engine and weapon loaded Batmobile.

The pictures of Batmobile hasn’t satisfied many while, many comparing it with the Fast and Furious series or calling it just a car, while many speculate that the upgraded version might appear by the end of the film.