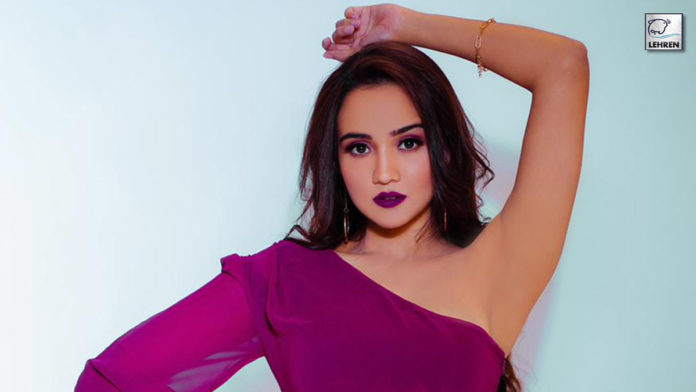 Here are a few things that encapsulate Ashi's success story which is absolutely an inspiration for many out there!

Actress Ashi Singh who’s popularly known as Naina from “Yeh Unn Dino Ki Baat Hai”, has truly come a long way in her journey of being an artist. The actress who started off playing menial roles in films and episodics, shot to fame with “Yeh Unn Dino Ki Baat Hai” on Sony TV. Apart from that, here are a few things that encapsulate Ashi’s success story which is absolutely an inspiration for many out there!

From being an outsider to buying her own abode in Mumbai :

Ashi hails from Agra, she got herself enrolled in an acting school before making it big in the industry. Ashi who was merely 17 years old when she came from Agra to Mumbai auditioned for more than 2 years rigorously and was a part of several episodics in the meanwhile before she got her break in “UDKBH”. The starlet also bought her own apartment in the suburbs which proves that if you have the will, you can make it through it no matter what!

The actress who was a part of “Aladdin”, received several backlashes after she joined the show mid-way after Avneet Kaur quit. The actress then got subjected to negative trolls and decided to keep doing the hard work. Later on, she was accepted by the fans as she proved herself and her craft and gave a befitting reply to all those by winning several accolades from the critics for the role.

As a fashion diva

Despite coming from a small town, Ashi has carved a niche for herself as a fashion diva in the Industry. The way Ashi has evolved all over these years, she has set a benchmark for herself in her career span.

Taking up a challenging role in her current show ‘Meet’ :

Who said that you can’t play vivid roles on television? Just look at Ashi who is known as an actor who’s played vivid roles since Day 1 and has set a benchmark for all the actors out there.